Which controversy led to the first decisions on the religious freedom clause? 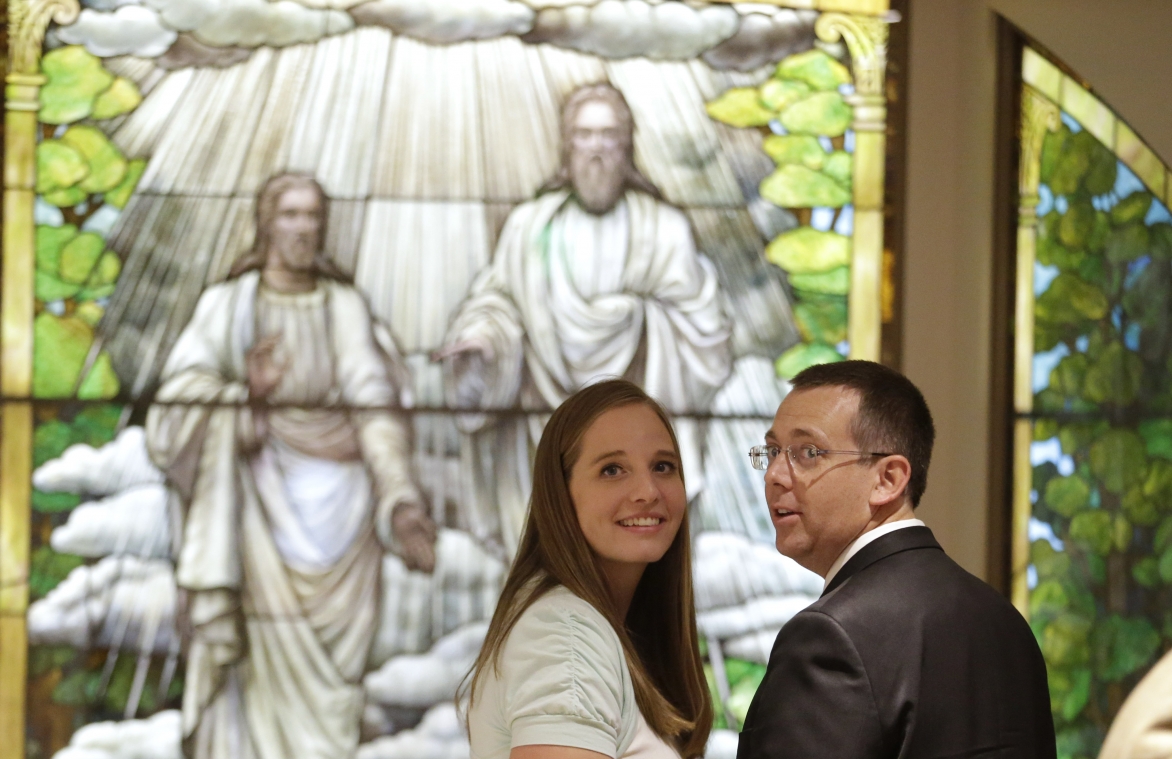 Laurel and Hyrum Ence tour the Mormon Church History Museum, Tuesday, Sept. 29, 2015, in Salt Lake City. The Mormon church’s renovated history museum features a small and surprising display about an uncomfortable part of the faith’s history that for generations has been glossed over: polygamy. Some of the Supreme Court's first cases on the free exercise of religion clause involved the church challenging laws against polygamy.  (AP Photo/Rick Bowmer. Photo used with permission from The Associated Press)

Polygamy. In 1852, the Church of Jesus Christ Latter-day Saints made public their practice of polygamy or plural marriage. By the 1860s, public disapproval of it had grown quite strong, leading to various anti-polygamy laws. The Mormons felt that the law abridged their constitutional right to religious freedom.

George Reynolds, a resident of the Territory of Utah, was sentenced to two years at hard labor and assessed a $500 fine by a federal court for violating a federal anti-bigamy law. His case went to the Supreme Court and in Reynolds v. United States (1879), the Court created the belief-action dichotomy that has become a central principle of free exercise clause jurisprudence.

Although the Court agreed with Reynolds that the free exercise of religion underlay the founding of the United States, it also held that government officials have a right to regulate behavior as part of religious practices that are considered odious and violate basic notions of morality.

Chief Justice Morrison Waite wrote: “To permit this would be to make the professed doctrines of religious belief superior to the law of the land, and in effect to permit every citizen to become a law unto himself. Government could exist only in name under such circumstances.”

Read more about the Church of Jesus Christ of Latter-Day Saints and its role in helping to define the free exercise of religion under the First Amendment.