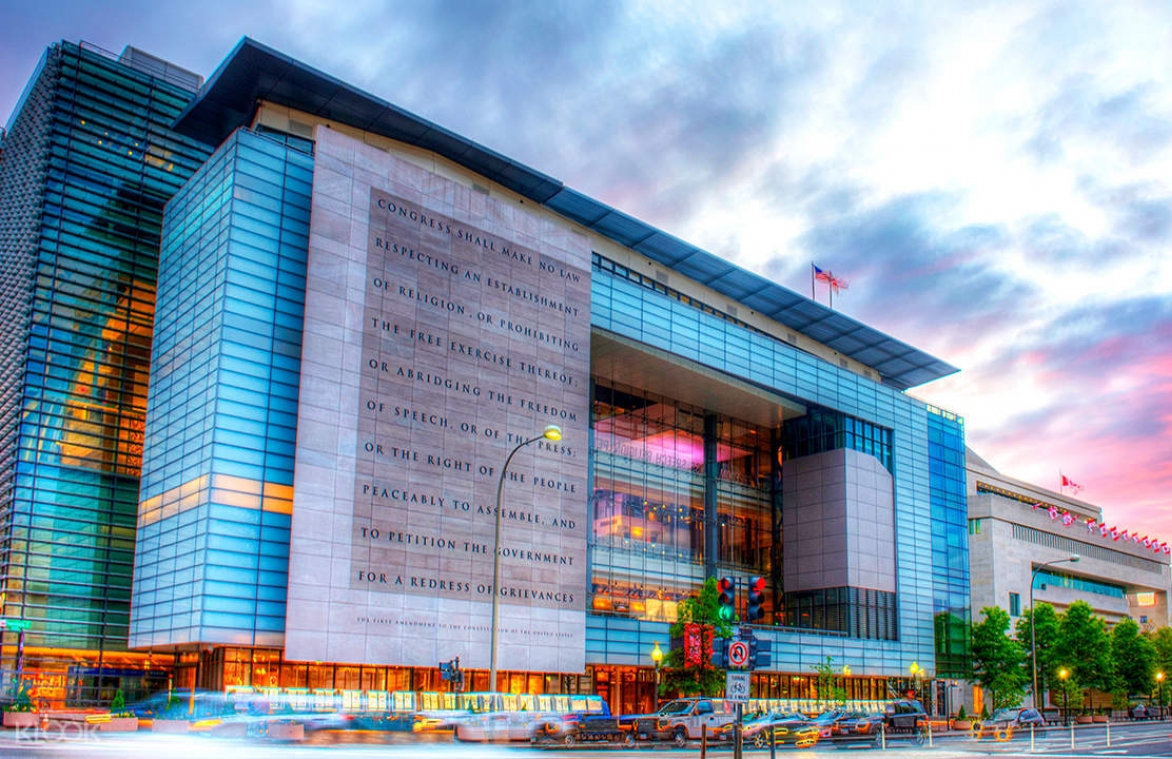 USA TODAY Founder Al Neuharth was a brilliant news executive, but he had his quirks. He was proud of his South Dakota roots, but had something of a chip on his shoulder, disdaining East Coast elites and daring them to mock his unconventional ideas.

In 1982, he launched USA TODAY a colorful newspaper filled with concise stories and groundbreaking graphics. Early critics derived it as a “comic book” or “McPaper.” Neuharth loved it.

A few years later, Neuharth asked me to organize a once-in-a-lifetime news project for USA TODAY, which entailed Neuharth and a small team of reporters travelling by bus to all 50 states to report on the state of the nation. Any visions of journalistic glory disappeared when Neuharth shared the unique name of his project: “Buscapade.”

“People will laugh at us,” I said. “Of course,” he responded, before upbraiding me for thinking like an unimaginative Midwesterner.

So it wasn’t a surprise when Neuharth, then chairman of the Freedom Forum, embraced “Newseum” as the name of a national museum of news his foundation was building in the Washington DC area. Of course, critics laughed.

That museum – and its larger successor on Pennsylvania Avenue – had a collective 11-year run, but will closed its doors on Dec. 31. Over its lifespan, the Newseum drew nearly 10 million visitors. Their 8,710 programs and classes educated more than 330,000 students, young and old. NewseumED.org, the museum’s online learning platform, has served more than 146,000 users.

The closing is a major disappointment to so many who care deeply about freedom of the press. The museum’s name was not the problem, although a succession of Newseum presidents – including me for a short time a decade ago – saw it as a handicap when soliciting support from traditional foundations and large donors.

The problem was expenses and debt. The DC building was too ambitious ($450 million in construction), the upkeep was too costly and donations were too few.

In truth, the Newseum was always going to have an uphill battle. To cover its operating costs, it had to charge up to $25 a ticket in a city full of free world-class museums. But it also anticipated strong attendance because of its dynamic and compelling content (which largely happened) and ongoing financial support from media companies and major funders (which largely didn’t.)

The closing announcement brought predictable jibes from commenters on news sites. about Representative quote from the Washington Post comments section: “Fake news always ends up in the trash.  Good riddance.”

I’m left to wonder whether any of the “good riddance” crowd ever set foot in the Newseum.  If they had, they would have seen:

“Pretty early on in my time here it was common to overhear teachers in the 9/11 Gallery explaining to their students what happened on that horrible day, said the Newseum’s Jonathan Thompson. “So it was a shock to the system the first time I heard a teacher telling her students she had been too young to remember it.”

The Newseum was immersive and interactive, challenging younger visitors in particular to understand that our nation’s history has been driven by courageous people determined to make this a “more perfect union” by using their rights of free expression. Sometimes those heroes were journalists; more often journalists were there to chronicle the courage of others. An attentive student could walk into the Newseum as a high-schooler and walk out a better citizen.

We’ll miss the museum, though its primary funder, the Freedom Forum, promises a new incarnation. That would be very welcome.

In the end, the Newseum’s name was a bit whimsical, but its mission was critical.

Unless we understand and embrace the vital role a free press plays in our democracy, we encourage politicians of all stripes to denigrate and dismiss the journalists who daily keep a check on corruption and government abuse.

The Newseum’s 4-story marble tablet bearing the 45 words of the First Amendment was a dramatic and valuable reminder of the role our freedoms of press, speech, religion, petition and assembly play in ensuring that the United States remains the most vibrant, powerful - and free - nation in the world. (This column first appeared in USA TODAY.)