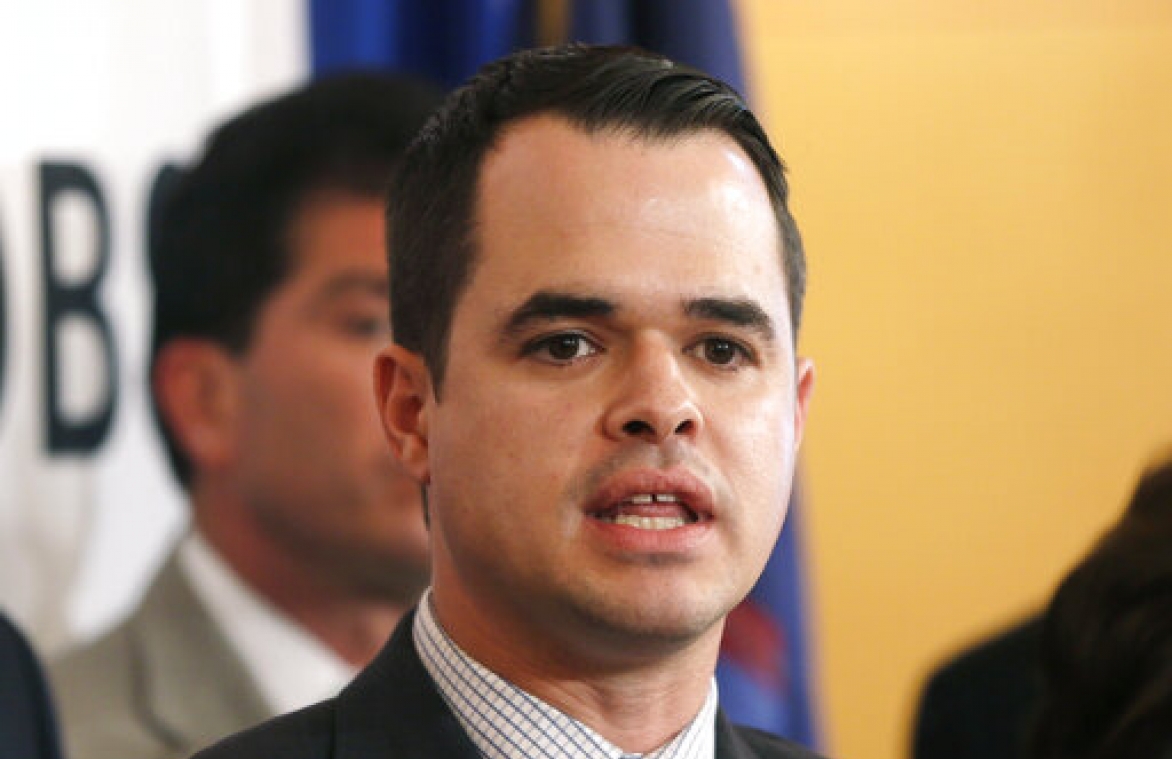 New York State Sen. David Carlucci has introduced a bill to require social media providers to monitor and respond to hate speech on their networks. The proposed law would give the state attorney general authority to bring action against social media companies who fail to comply. (File photo of David Carlucci, used with permission from The Associated Press.)

A New York state senator has introduced a bill – known as the “Social Media Hate Speech Accountability Act” – that would require providers of social media networks to actively police and respond to hate speech.

Senator David Carlucci introduced Senate Bill 7275 on January 15, 2020, in order to address what he sees as a rise in hate speech online and inadequate responses taken by social media networks.

a public expression, either verbally, in writing or through images, which intentionally makes an insulting statement about a group of persons because of race, ethnicity, nationality, religion or beliefs, sexual orientation, gender identity or physical, mental or intellectual disability.

Perhaps most ominously for providers of social media networks, the bill empowers the state attorney general to bring an action and seek damages against providers who fail to comply and provide an effective procedure for handling online hate speech.

“We have a systemic problem in our society where people hide behind computers and attack people using hurtful and hate filled rhetoric,” Carlucci stated in a news release: “It is not okay anymore for social media platforms to say, ‘we cannot police every comment’ when sometimes comments incite violence or suicide. No one is saying freedom of speech must be limited, we are saying hateful speech must be taken seriously.”

The bill is currently in the New York Senate’s Consumer Protection Committee.

Read more about hate speech and the First Amendment

From the First Amendment Encyclopedia hate speech entry: The term “hate speech” is generally agreed to mean abusive language specifically attacking a person or persons because of their race, color, religion, ethnic group, gender, or sexual orientation. Although the First Amendment still protects much hate speech, there has been substantial debate on the subject in the past two decades among lawmakers, jurists, and legal scholars. Read more about First Amendment court cases involving hate speech.