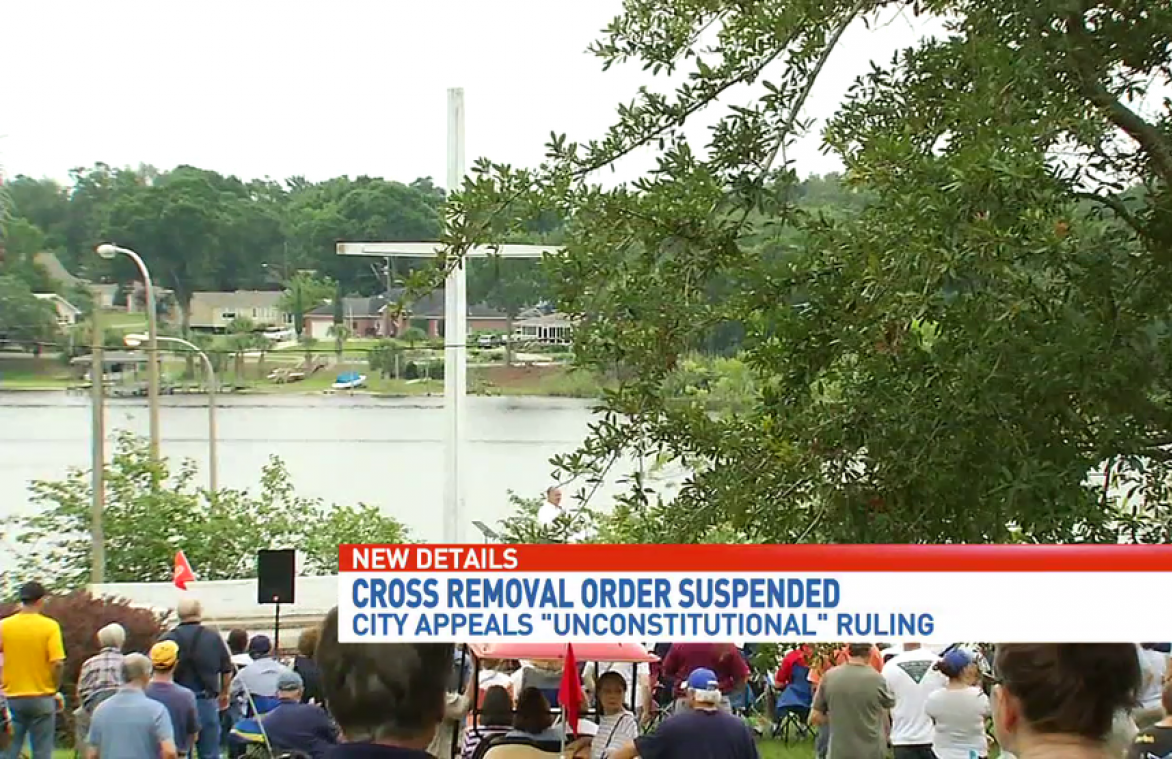 A 34-foot Latin cross in Pensacola, Florida, does not violate the Establishment Clause, a federal appeals court has ruled.   The court’s decision shows the impact of the U.S. Supreme Court’s decision in American Legion v. American Humanist Association (2019), upholding a similar-type cross in Bladensburg, Maryland.

In 1941, the National Youth Administration erected a wooden cross in the eastern corner of Pensacola’s Bayview Park.  In 1969, the Jaycees replaced the wooden cross with a 34-foot concrete version.   It was dedicated during an Easter service.  The Jaycees later donated the cross to the city.

The cross remained in the park without challenge for 75 years until challenged by four individual plaintiffs represented by the Freedom From Religion Foundation and the American Humanist Association.  A federal district court ruled the cross violated the Establishment Clause, a decision affirmed by the 11th U.S. Circuit Court of Appeals in 2018.

After reviewing American Legion, a three-judge panel of the 11th U.S. Circuit Court of Appeals determined that the Bayview Park cross does not violate the Establishment Clause in its Feb. 19, 2020, decision in Kondrat’Yev v. City of Pensacola.

The 11th Circuit noted that the Supreme Court in American Legion had “jettisoned” the Lemon test from Lemon v. Kurtzman (1971), a common test used in Establishment Clause cases, at least for religious display cases.

Instead, the 11th Circuit recognized that the Supreme Court’s decision clarified two points:

History and tradition must be considered, 11th Circuit said

“We count seven votes for the proposition that history, tradition, and settled practice must at the very least be consulted – for guidance in deciding an Establishment Clause case, and five votes in favor of granting a formal presumption of constitutionality to established religious displays and monuments,” the 11th Circuit wrote.

The 11th Circuit noted four principles from the American Legion case that are important.  These include:

The 11th Circuit noted that “the purposes associated with the Bayview Cross have multiplied over time” and that the cross has been used “for remembrance services on Veterans and Memorial Days, as well as a place for citizens to gather during times of national crisis.”

The 11th Circuit concluded that the cross does not violate the Establishment Clause.