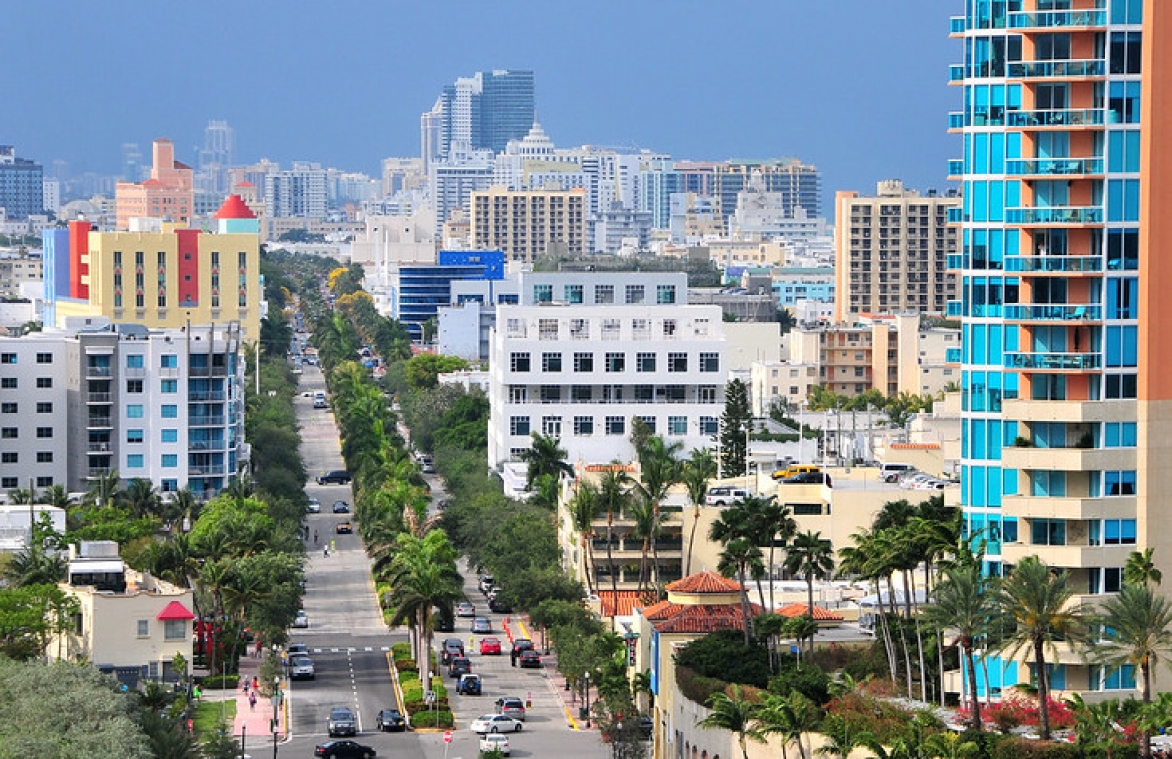 A federal judge declined to dismiss a lawsuit, Club Madonna, Inc. v. City of Miami Beach, finding that the strip club's First Amendment claims that new verification requirements on nude dancers placed too great a burden on their expressive conduct. (Photo of Miami Beach by Mike McBey via flickr, CC-BY 2.0)

A nude dancing club in Miami Beach may proceed with its First Amendment claim, a federal district court has ruled.

The court reasoned that the club stated a plausible First Amendment claim that the city’s ID verification and record keeping requirements were too onerous.

The case arose out of tougher restrictions imposed upon the adult entertainment industry after law enforcement officers discovered that a 13-year-old girl, a victim of human trafficking, had been performing as a nude dancer Club Madonna, the only nude strip club in Miami Beach.

According to law enforcement, club officials never inquired about the age of the young teenager while she was dancing at the club.   In the wake of this, the city commission passed tighter restrictions in order to combat human trafficking and negative adverse secondary effects associated with such businesses.

The new regulations require nude dancing establishments to check the age and work eligibility of “any worker or performer” by requiring that the establishment “provide proof of an original, lawfully issued state or federal photo identification, and one additional form of identification.”   The owner or manager must also make a sworn statement that all employees are at least 18 years of age.

The establishments are also required to keep a log of performers as they enter and leave the premises and to make all of the required documentation available for inspection by city officials upon demand.

Club Madonna filed a federal lawsuit, alleging a variety of claims.  The city filed a motion to dismiss.  A federal district court dismissed all claims in the complaint, but the 11th U.S. Circuit Court of Appeals reinstated some of the claims.

City officials then filed a renewed motion to dismiss those claims that were reinstated.  One of those claims was a First Amendment-based claim.  The club argued that the ID verification requirement and the record keeping requirements violated the First Amendment because they placed too great a burden on the expressive conduct created by the performers at the Club.

The Club alleged that the ID verification requirement was too onerous because it requires the Club to verify, copy, and log the age, identify, and citizenship of every performer every time the performer enters the premises.   The Club contended that this requirement serves no valid purpose because the repeated requirement does not serve any legitimate purpose.  The Club argued that a less speech-restrictive alternative would be to require the business to register a dancer after which the dancer could dance as a known performer.

The Club also contended that the record keeping requirement is too onerous because the Club must indefinitely retain records of compensation and to immediately provide them to city officials.   The Club argued the city doesn’t use those records for any valid purpose.

The court agreed in its Feb. 20, 2020 decision.   “Taken together, the Court finds these allegations state a plausible claim that the time, place, and manner regulations in the Ordinance impose an unconstitutional burden on the Club’s speech,” U.S. District Court Judge for the Southern District of Florida Federico A. Moreno wrote in Club Madonna, Inc. v. City of Miami Beach.

Moreno reasoned that more facts needed to be developed in the case and that a motion to dismiss would be premature.