New report: What students think about expression at American colleges 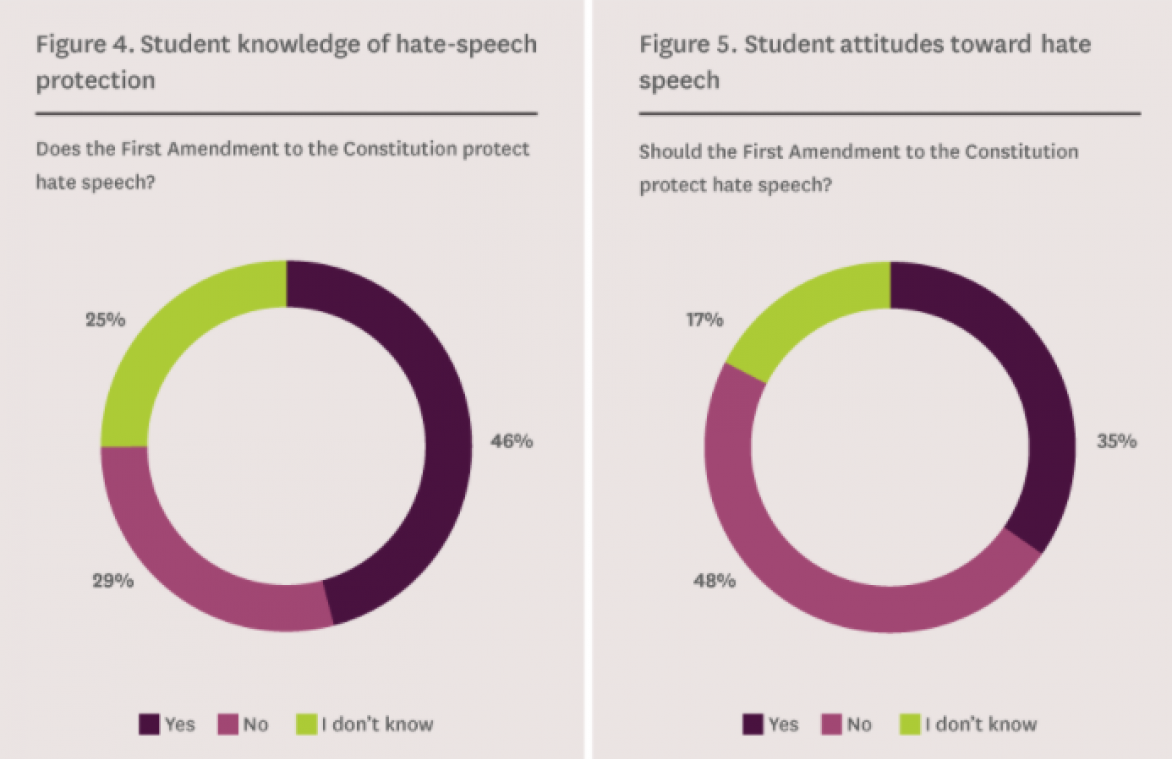 This from a just-released report from the Foundation for Individual Rights in Education (FIRE):

PHILADELPHIA, Oct. 11, 2017 — A new report from the Foundation for Individual Rights in Education finds a majority of students on college campuses self-censor in class, support disinviting some guest speakers with whom they disagree, and don’t know that hate speech is protected by the First Amendment. The study also finds that Republican and Democratic students have different opinions on campus protests, disinvitations, and hate speech protections.

In the most comprehensive survey on students’ attitudes about free speech to date, FIRE measured student responses to questions about self expression, reactions to expression of other students, guest speakers, and hate speech. Some key findings include:

FIRE’s survey also found ideological differences in how students feel about free expression, both inside and outside the classroom. Very liberal students are 14 percentage points more likely than their very conservative peers to feel comfortable expressing their opinions in the classroom. Additionally, 60 percent of Republican students think they should not have to walk past a protest on campus, while only 28 percent of Democratic students think the same.

“There is clearly a partisan divide in how students perceive free speech on college campuses,” said FIRE Executive Director Robert Shibley. “This further solidifies the importance of FIRE’s mission. Free expression is too important to become a partisan issue in higher education.”

Additionally, FIRE’s survey found that a majority of students want their schools to invite a variety of guest speakers to campus (93 percent), and 64 percent report changing an attitude or opinion after listening to a guest speaker.

FIRE contracted with YouGov (California), a nonpartisan polling and research firm, to survey 1,250 American undergraduate students between May 25 and June 8. YouGov calculated weights for each response based on the respondent’s gender, race, and age. A copy of the full report, an FAQ, and the toplines and tabulations from YouGov can be accessed here.

→ The survey project was made possible by a grant from the John Templeton Foundation to conduct polling on campus attitudes, engage in legal and social science research, and mobilize a wider audience on and off campus in the fight for student and faculty rights.