15 New and Upcoming Books on the First Amendment 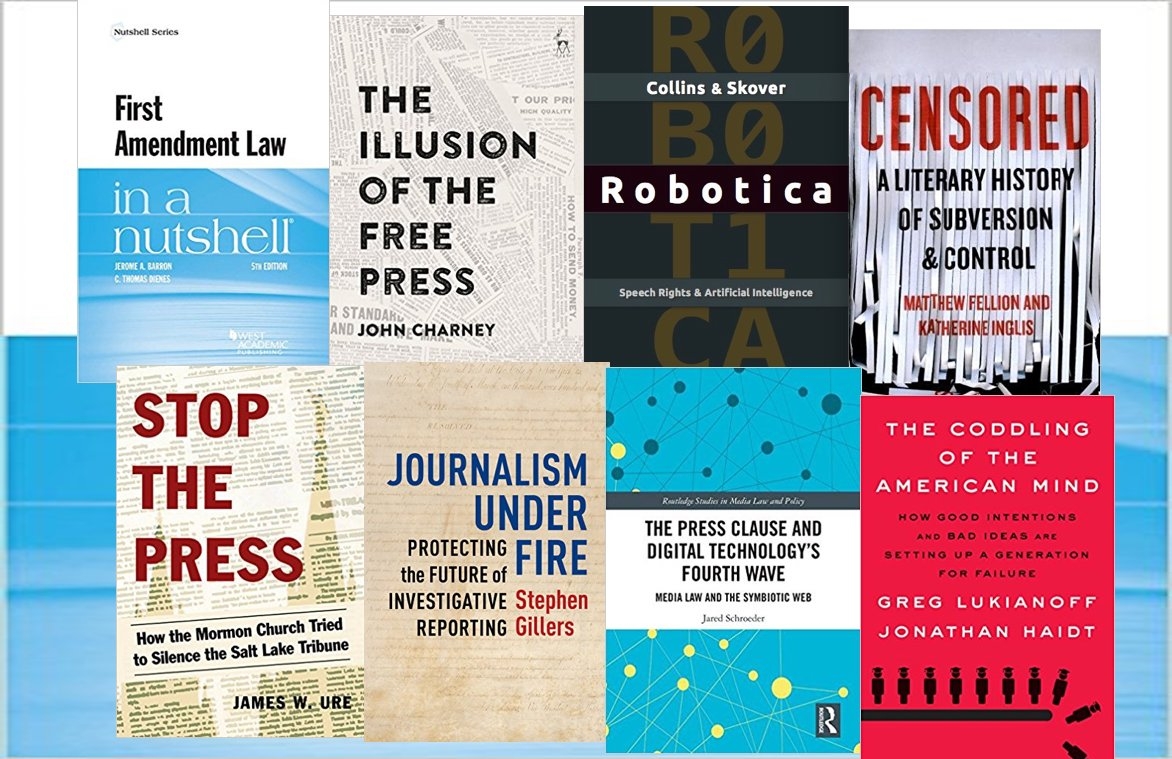 It began nearly a quarter-century ago with the publication of First Amendment Law in a Nutshell. Now, that treasure trove of information appears yet again in “nutshell” form, this in its fifth edition. Compact in size, accessible in style, reliable in substance, and current up to Matal v. Tam (2017), this jem of a book is an indispensable resource for anyone interested in the First Amendment’s five freedoms.

Sadly, Jerome Barron’s friend and co-author Thomas Dienes died in 2013. “I did not have the joy the joy of working with him in this edition,” wrote Barron, “as I did in the first four editions of this book. I miss the benefit of his knowledge, insight and friendhip but I am grateful for the many years in which we worked on this and other books.”

Abstract: This book provides a short and readable source for individuals interested in constitutional law, First Amendment law, and communications law. It is divided into four parts: the history, methodology, and philosophical foundations of the First Amendment; topics such as First Amendment issues that arise in cable television and in regulating children’s access to the Internet; issues in First Amendment law such as the public forum doctrine, the compelled speech doctrine, and the free expression rights of government employees; and the text, history, and theory of the religion clauses, chronicling the ongoing battle in the Supreme Court between accommodationists and separationists. The Fifth Edition brings the book up to date with modern First Amendment jurisprudence, including a focus on racist and offensive speech, electoral spending, and other topics covered by recent Supreme Court cases and discussions.

Coming this January: Easton on the Lawyer for The Masses

Coming this January: New Life for the Press Clause?

Coming this January: Charney on a Free Press

Coming this February: Hamburger on the Taxation of Speech

Coming this April: Werbel on Comstock

→ Amy Werbel, Lust on Trial: Censorship and the Rise of American Obscenity in the Age of Anthony Comstock (Columbia University Press, April 10, 2018)

→ Nadine Strossen, HATE: Why We Should Resist it With Free Speech, Not Censorship (Oxford University Press, May 1, 2018)

→ Greg Lukianoff & Jonathan Haidt, The Coddling of the American Mind: How Good Intentions and Bad Ideas Are Setting up a Generation for Failure (Penguin Press, July 17, 2018)