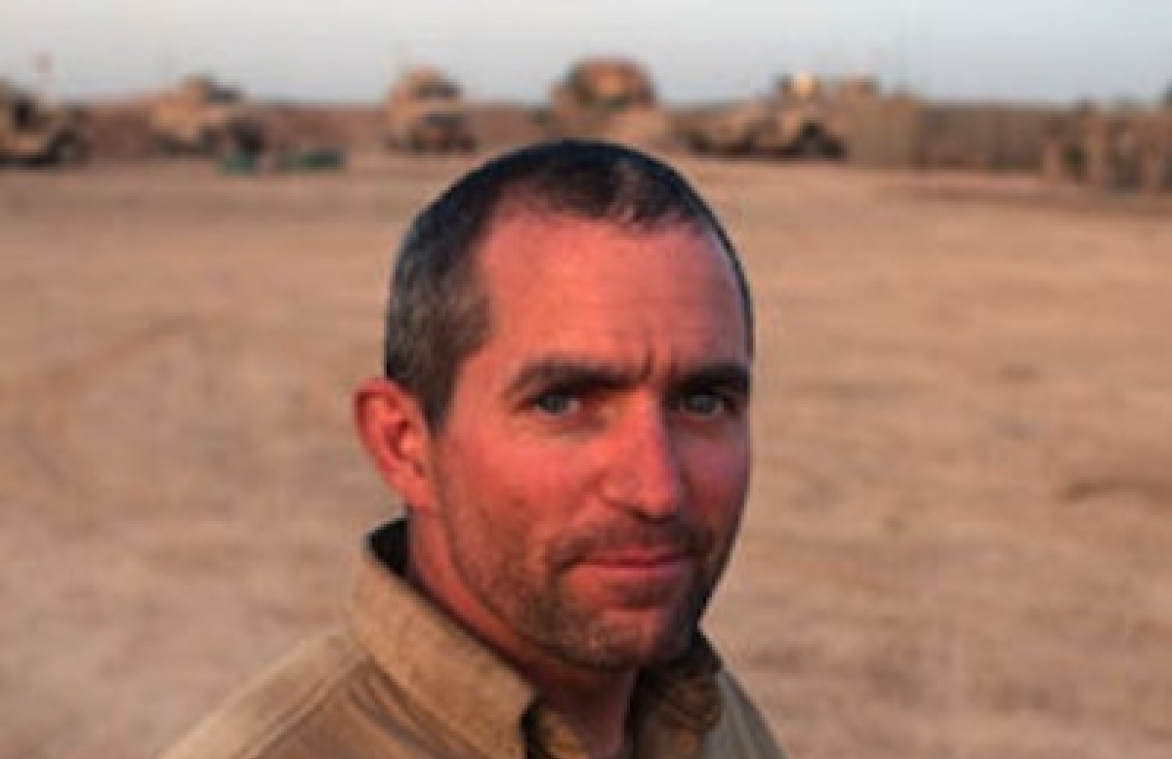 C.J. Chivers, senior writer for The New York Times, and winner of the 2017 Pulitzer Prize in Feature Writing for "The Fighter," which traced a Marine's postwar descent into violence.

C.J. Chivers, a former Marine and winner of the 2017 Pulitzer Prize in Feature Writing, will speak on "War and Its Costs" on Feb. 6 as part of the Pulitzer Prize lecture series at Middle Tennessee State University.

The event is at 2:40 p.m. in the Parliamentary Room in the Student Union Building on campus, and is sponsored by the John Seigenthaler Chair of Excellence in First Amendment Studies in the College of Media and Entertainment.

Chivers will also speak in Nashville that evening at 6 p.m at the John Seigenthaler Center on Vanderbilt University's campus. The event is free, but those wishing to attend should RSVP to jeannie.paul@mtsu.edu.

Chivers' work that won the 2017 Pulitzer Prize, "The Fighter," traced the story of a Marine’s postwar descent into violence that, the Pulitzer board noted, “reflected neither the actions of a simple criminal nor a stereotypical case of PTSD.” The story led to the young man’s release from an Illinois prison.

Chivers, a senior writer with The New York Times, was also part of teams who won Pulitzers in 2002 and 2009 for national and international reporting, contributing reports from Afghanistan in the wake of the 2001 terrorist attacks and again during deepening challenges there in 2008.

Chivers is also the author of The Gun, a history of automatic weapons seen through the development of the AK-47, published in 2010.

In addition to reporting from Afghanistan, Chivers has reported on conflict, human rights and arms trade on assignments in Iraq, Syria, Israel, Libya, Russia, Chechnya, Uganda, Uzbekistan and the Palestinian territories.

Chivers took an interesting route into journalism. He joined the Marines after a stint in the ROTC program. After serving he went back to school for a journalism degree, first taking a job at The Providence Journal in Rhode Island and then The New York Times. He covered police and worked in the New York City police bureau through the attacks on the World Trade Center in 2001 and then became a foreign correspondent.

He is currently working on a new book about recent war veterans.

The event will include plenty of time for questions from students and faculty, and Chivers will be available before the event as well to visit with students and professors.