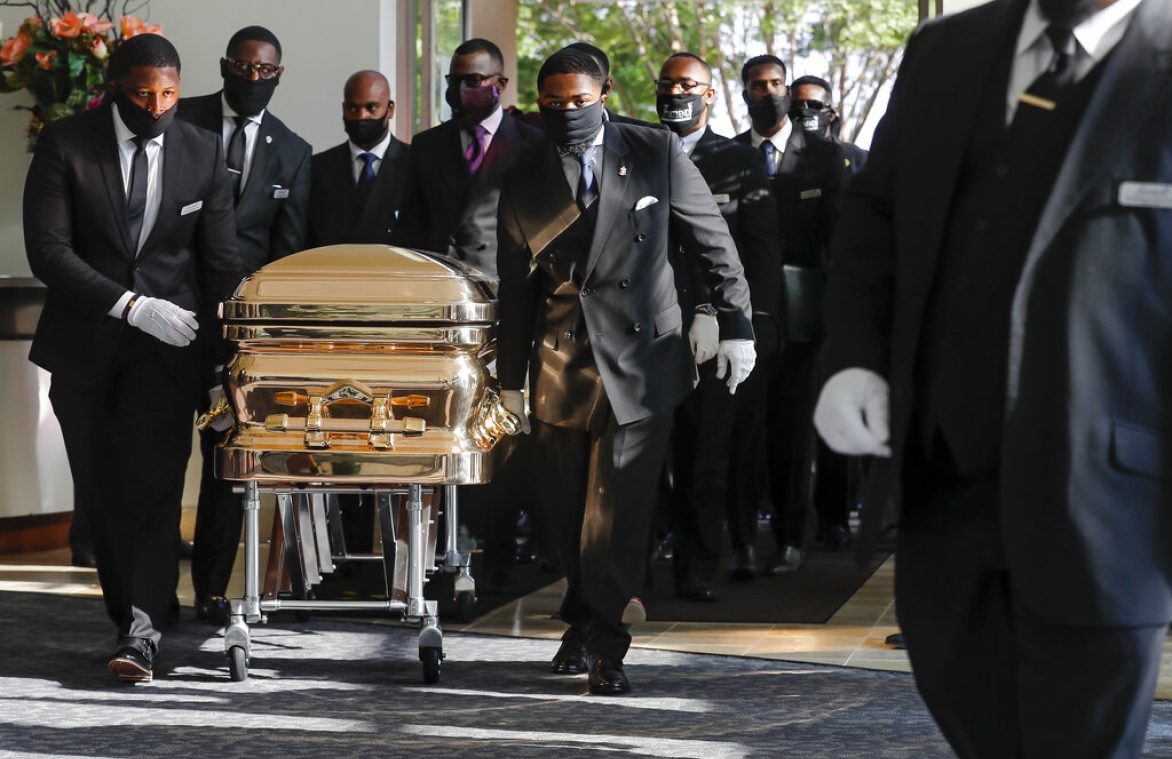 Pallbearers bring the coffin into the Fountain of Praise church in Houston for the funeral for George Floyd on June 9, 2020. Floyd died after being restrained by Minneapolis Police officers on May 25. (Godofredo A. Vásquez/Houston Chronicle via AP, pool)

MINNEAPOLIS (AP) — A coalition of news organizations asked a Minnesota judge on July 17 to scale back the gag order he imposed in the case of four former Minneapolis police officers who are charged in the death of George Floyd.

The July 9 gag order is overly broad and restricts a "staggering number" of individuals not directly involved in the case — not just defense layers and prosecutors — attorneys for the Media Coalition said in filings in Hennepin County District Court. And it was imposed without the opportunity for comment, they said.

"Newsgathering is protected by the First Amendment, and a reporter's First Amendment right to publish is meaningless if [the reporter] is prevented from gathering news in the first instance," they wrote.

Defense attorneys have also objected to the gag order, in which Judge Peter Cahill said continuing pretrial publicity would increase the risk of tainting the potential jury pool and "will impair all parties' right to a fair trial."

Cahill will hold a hearing on July 21 on the gag order and requests by the coalition and defense attorneys to release and allow publication of the body camera videos of two of the ex-officers, which show the fatal confrontation close-up. A limited pool of reporters was allowed to watch but not record the videos on July 20.

Floyd, a black man who was handcuffed, died May 25 after Derek Chauvin, a white police officer, pressed his knee against Floyd's neck for nearly eight minutes as Floyd pleaded that he couldn't breathe. All four officers involved were fired the day after his death, which set off protests that spread around the world and turned into a national reckoning on race in America.