The Pentagon Papers - the people, the case and legal concepts 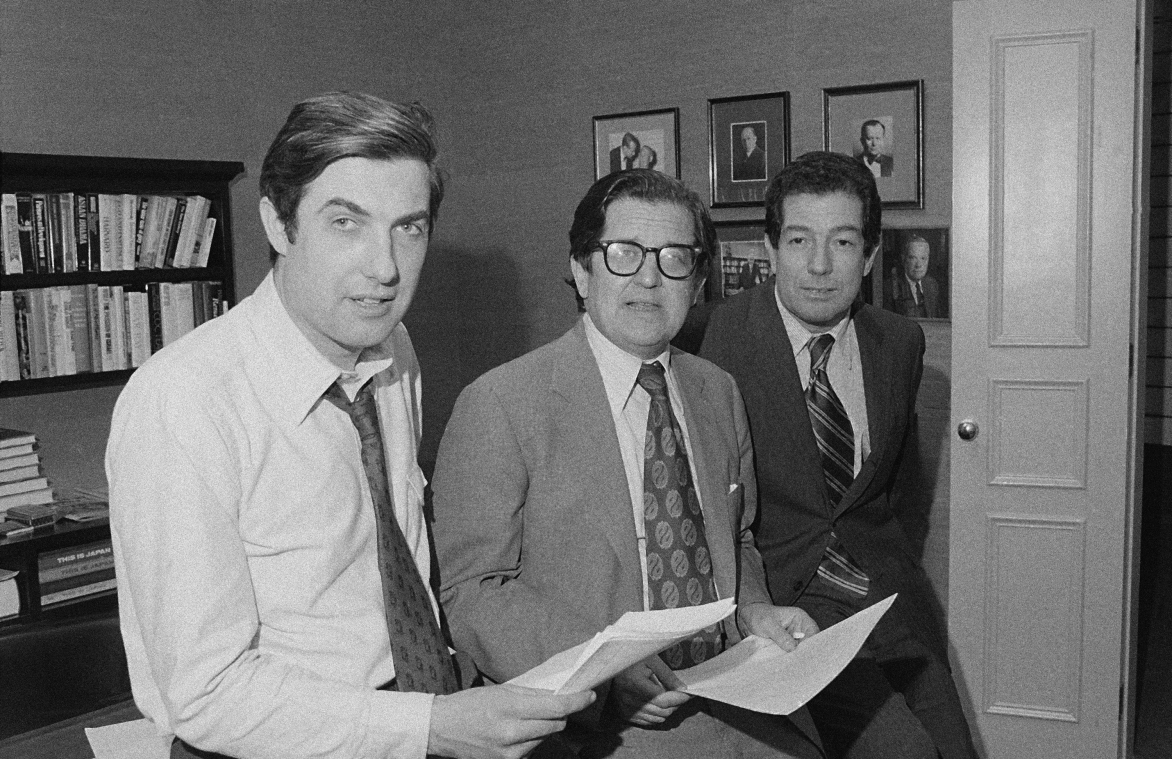 From left, Reporter Neil Sheehan, Managing Editor A.M. Rosenthal and Foreign News Editor James L. Greenfield are shown in an office of the New York Times in New York, May 1, 1972, after it was announced the team won the Pulitzer Prize for public service for its publication of the Pentagon Papers. (AP Photo/John Lent, republished with permission from The Associated Press)

In New York Times Co. v. the United States (1971), the Supreme Court established that the government must meet a high bar to prevent the press from publishing based on the First Amendment's freedom of the press.

The case arose when former Vietnam War analyst Daniel Ellsberg leaked classified documents to the New York Times outlining United States involvement in Vietnam over several presidential administrations. The documents, which came to be known as the Pentagon Papers, revealed that the government had enlarged the scope of military actions in Vietnam without public and congressional knowledge and continued operations even as it concluded American military victory was unlikely.

When the New York Times began to publish stories based on the documents in June 1971, the Nixon Administration sought a restraining order. The case was quickly appealed to the Supreme Court, which ruled that the government could not prevent the press from publishing under the First Amendment’s freedom of the press.

Ellsberg and a colleague who helped him copy the documents were charged with violation of the Espionage Act of 1917, and were put on trial in Los Angeles in 1973. A U.S. district judge eventually dismissed the charges.

Entries in The First Amendment Encyclopedia