Judge: Seattle media must give protest images to police 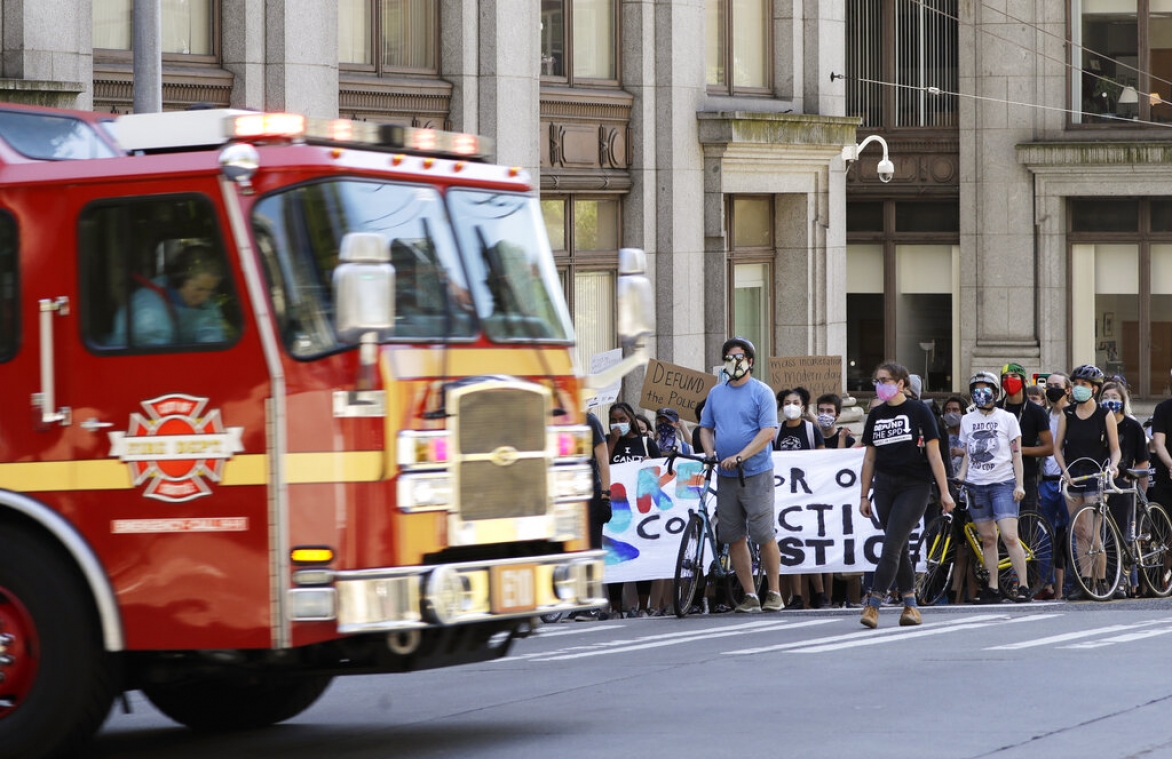 SEATTLE (AP) — Five Seattle news outlets will have to comply with a subpoena and give the Seattle Police Department unpublished video and photos from a violent May 30 racial-justice protest, a judge ruled July 23.

King County Superior Court Judge Nelson Lee sided with the Police Department, ruling that its subpoena was enforceable, The Seattle Times reported. Lee found that the photos and video were critical for an investigation into the alleged arson of police vehicles and theft of police guns.
Lee said the news organizations were not protected by a Washington state shield law that in many circumstances stops authorities from obtaining reporters' unpublished materials.

The judge placed some limits, saying police could use the images to identify suspects only in the arson and gun investigations. The subpoena would be limited to professional camera equipment and not reporter's cellphone photos and videos.

The Seattle Times and television stations KIRO, KING, KOMO and KCPQ were subpoenaed for images taken during a 90-minute span in a four-block area of downtown.

The law also required the police to demonstrate that all "reasonable and available means" to obtain the information has been exhausted.
Seattle Times Executive Editor Michele Matassa Flores said the paper strongly opposes the subpoena and "believes it puts our independence, and even our staff's physical safety, at risk."

"The media exist in large part to hold governments, including law enforcement agencies, accountable to the public," Matassa Flores said. "We don't work in concert with government, and it's important to our credibility and effectiveness to retain our independence from those we cover."

The lawyer representing the media companies, Eric Stahl, argued July 23 that police were casting too wide a net and couldn't show that the images would identify the suspects. The news companies have not decided if they will appeal, Stahl said.

Brian Esler, a lawyer hired to represent police, did not respond to an interview request.

Seattle Police Detective Michael Magan testified that the department was at an impasse in its investigations. Police have arrested two people and say they have partially identified others.

The May 30 protests included a large nonviolent demonstration sparked by the killing of George Floyd by Minneapolis police earlier that week.
A loaded Glock 43 semi-automatic pistol and a loaded Colt M4 carbine rifle with a suppressor remain missing, according to the police affidavit.