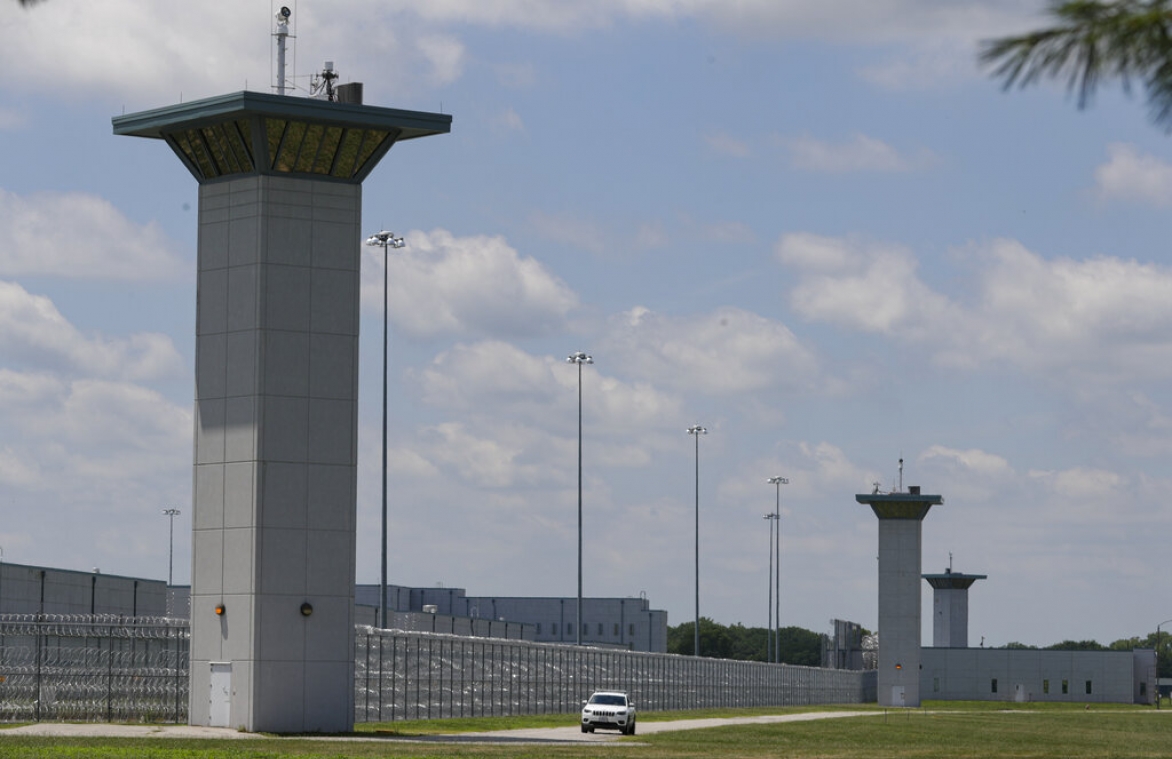 A group of anti-death penalty individuals and organizations have filed a lawsuit in federal court over being denied by the Indiana State Police the ability to protest outside the gates of a federal prison in Terre Haute, which houses the execution chamber of the U.S. Bureau of Prisons.

Three men were executed there in July 2020; two more are scheduled in late August and two more in September. Prison officials have blocked the right to protest outside the gate and instead relegated the protesters to being bused to an area about a mile and a half from the facility.

The approved area for protesters is far removed from the death chamber, and affords only a portable toilet and a hand sanitizer. To make matters worse, according to the complaint, “Bureau of Prison[s] rules prohibit those being bussed in from having cameras, cell phones, food, and even many types of signs.”

The plaintiffs – which includes Death Penalty Action, Indiana Abolition Coalition, and Sisters of Providence of Saint-Mary-of-the-Woods – wish to hold a vigil on Aug. 26, the date of the next scheduled execution.

The plaintiffs’ complaint in Eve v. Superintendent, Indiana State Police, which was filed Aug. 4, 2020, asserts: “There is absolutely no justification for keeping plaintiffs’ members and the individual plaintiffs this far from the entrance to the institution and doing so severely compromises their ability to express themselves and to express their opposition to the death penalty while in sight of the prison.”

The plaintiffs, who are represented by the ACLU of Indiana, are asking the court to grant a preliminary injunction “later to be made permanent” to allow the plaintiffs to “engage in their protest activities immediately outside the main entrance to the Federal Correctional Complex-Terre Haute.”

Ken Falk, legal director of the ACLU of Indiana, said in a news release: “These restrictions obstruct one of the most fundamental rights protected by the Constitution, political speech. There is absolutely no justification for this overly broad ‘no-protest zone.’ The Indiana State Police are severely compromising protesters’ ability to express themselves and to express their opposition to the death penalty while in sight of the prison.”