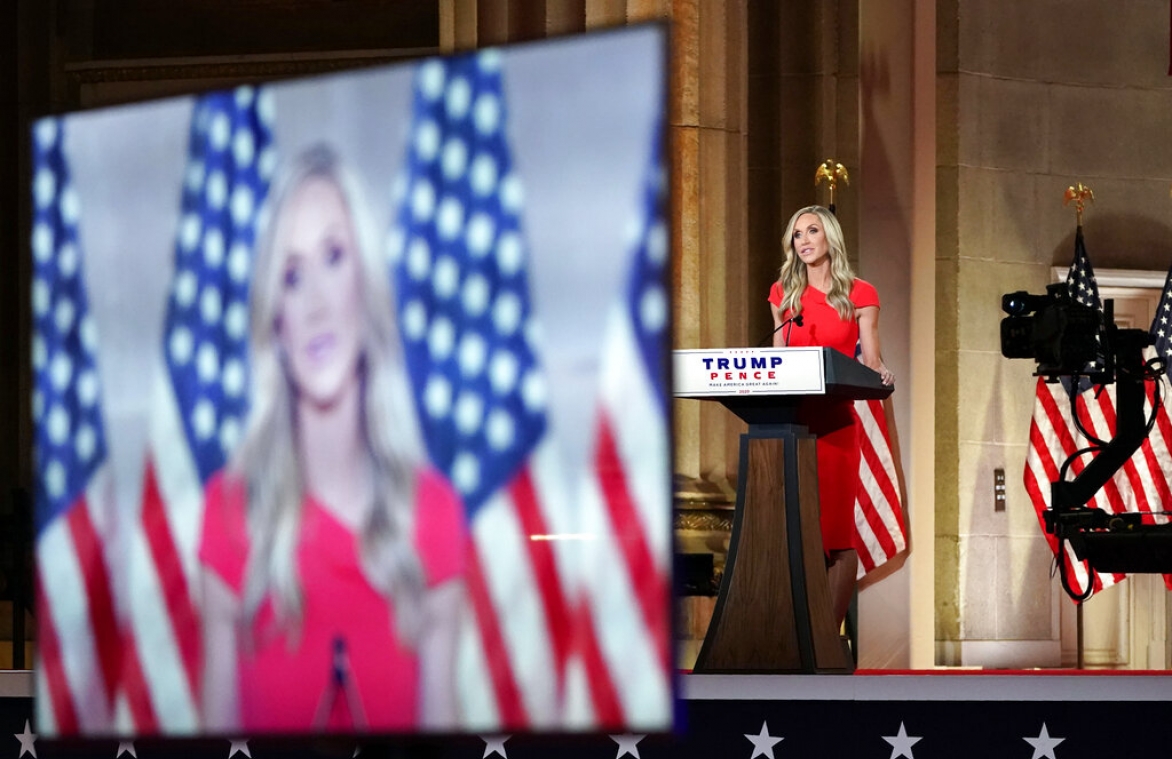 NEW YORK (AP) — The Republican convention's third night happened amid an unusual confluence of major stories — a dangerous hurricane about to strike Louisiana, a Wisconsin city torn apart following a police shooting and the sports world's forceful response.
Republicans decided the show must go on and, for the most part, television networks followed.

Throughout the convention coverage, there were hints that a lot was going on in the wider world. CNN weather forecaster Tom Sater delivered an apocalyptic view of Hurricane Laura shortly before 10:30 p.m. Eastern, and CBS' Norah O'Donnell noted "the biggest day of sports activism ever." NBC News cut to a reporter on the streets of Kenosha, Wisconsin, and CNN's Dana Bash read former President Barack Obama's tweet in support of NBA players angered by police shootings.

The convention is taking place "in the shadow of huge stories that are happening right now," CNN's Anderson Cooper said.

Given all that was happening, it felt odd shortly after 10 p.m. when the screens of ABC, CBS, NBC, CNN, MSNBC and Fox News Channel were simultaneously filled by the face of presidential daughter-in-law Lara Trump delivering a pretaped address.

The inability to pivot aggressively and spend more time on other stories no doubt had much to do with each network having all of its top-level political talent on hand. Networks, after giving extensive coverage to the Democrats last week, are cognizant of being fair to the Republicans.

Fox News Channel's Tucker Carlson, after Hurricane Laura was discussed on his program, seemed like it almost sneaked up on him. "This is a big story," he said. "Probably should have been on it before tonight."

Carlson drew the ire of Twitter users when he spoke of the events in Kenosha. A white 17-year-old, Kyle Rittenhouse, was arrested Wednesday after two people were shot to death during Tuesday night's protests in Kenosha over the police shooting of a Black man, Jacob Blake.

"People in charge, from the governor of Wisconsin on down, refused to enforce the law," Carlson said, adding, "How shocked are we that 17-year-olds with rifles decided they had to maintain order when no one else would?"

Commentators speculated on whether Kenosha would become a big part of the convention.

"I think they have to talk about it," said CBS News' John Dickerson. "The question is how they talk about it. Let's raise the stakes. The president has been showing up every night, the president could talk about it. This is the kind of moment certain presidents in our past have longed for because a part of the president's job is to step in and calm the passions of the country."

Trump did appear following the speech by Vice President Mike Pence, but did not speak.

CNN's Van Jones said he could not understand how Republicans could tout a law-and-order presidency and not speak to the underlying issues that have propelled social protests.

"They've got to throw the playbook out and speak to the country and try to bring us together," he said.

But former Republican Sen. Rick Santorum, also a CNN contributor, said Republicans were there to try and reelect President Trump and that had to continue to remain their focus.