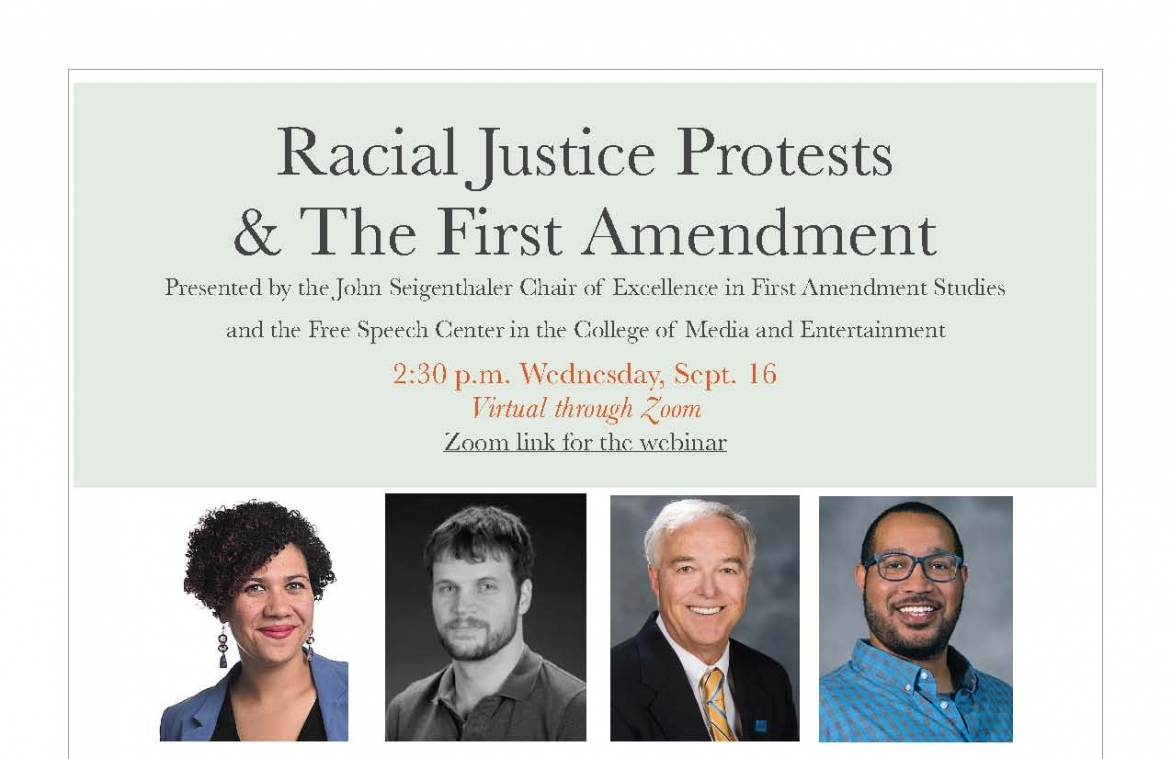 Register for the event. The panel will discuss the evolving racial justice protests across the country in the context of U.S. history and the First Amendment.

A scholar in African American history, a journalist on the front lines of covering the Portland protests and a First Amendment expert will discuss the racial justice protests across the country at a program at Middle Tennessee State University as part of Constitution Week.

"Racial Justice Protests and the First Amendment" will be held in a Zoom virtual event at 2:30 p.m. Sept. 16. It is presented by the John Seigenthaler Chair of Excellence in First Amendment Studies and the Free Speech Center, both part of the College of Media and Entertainment at MTSU.

You may register in advance for the webinar (and receive reminders with information before the event) or simply join the webinar when it begins.