Ronald Collins: Everybody is getting worked up and other First Amendment News 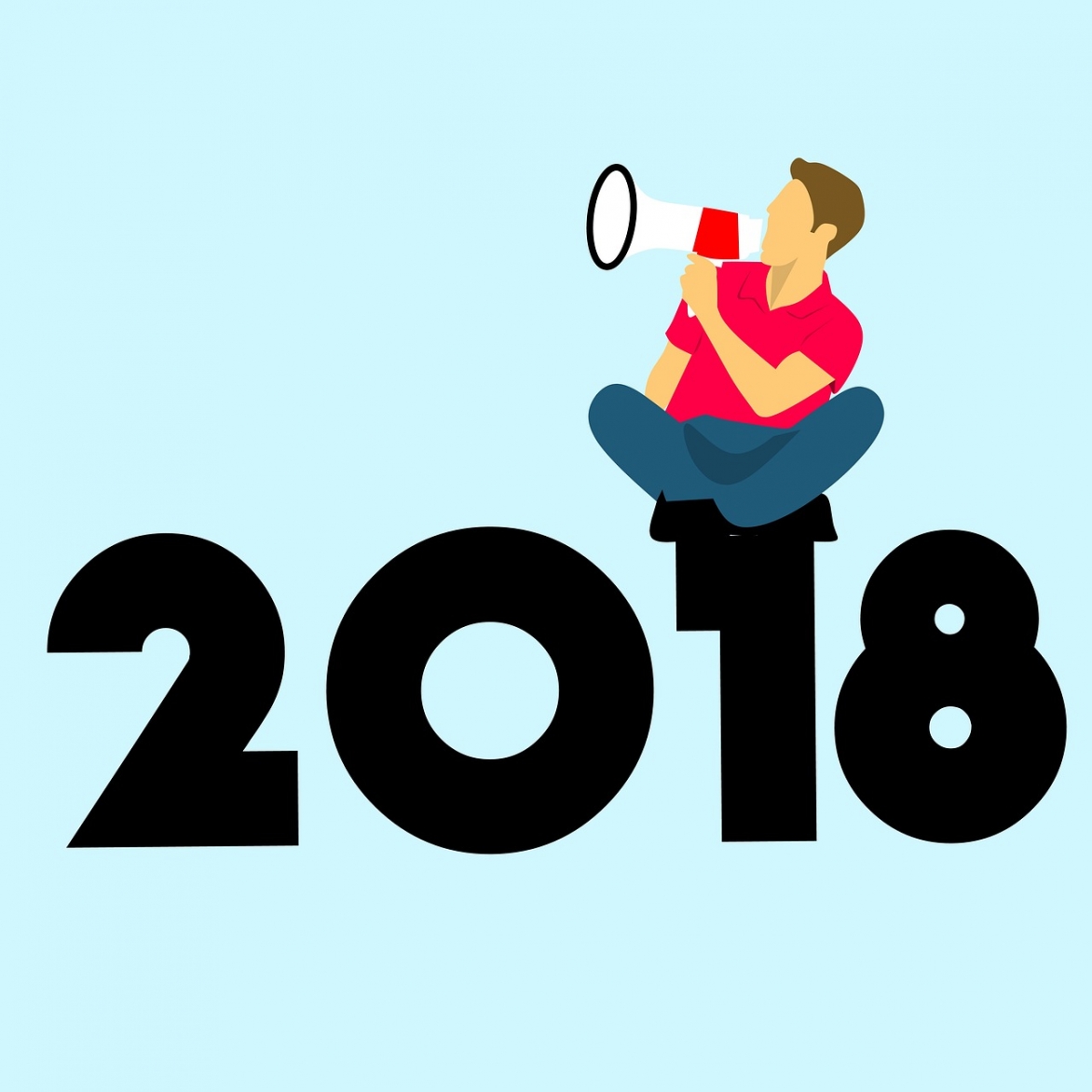 There’s dissent in the air — from the Left, the Right, and from Libertarian quarters, too. Everybody is getting ever more worked up about free speech in America.

Make no mistake: the future of the First Amendment hangs in the balance as never before.  This is no “the sky is falling” claim. Rather, it is an observation on our times. No, not like the late 18th century, or WWI, or the McCarthy Era. Not at all. But we are in a state of transition. Take heed: the goal lines are shifting.

Indicative of that shift is a headline over at Reason.com: “Trump’s Anti-Speech Agenda Gets a Boost From Lefty Lawyers and Academics.” Among other things, it is offered up as a sort of reply to something I posted last week: Professor Louis Seidman’s forthcoming Columbia Law Review article titled Can Free Speech Be Progressive?  J.D. Tuccille authored the article. He is a former managing editor of Reason.com and current contributing editor. Here are some excerpts from his article:

There is more, much more, but you’ll need to read the full article to discover what you missed.

Issue: Whether the disclosures required by the California Reproductive FACT Act violate the protections set forth in the free speech clause of the First Amendment, applicable to the states through the F Fourteenth Amendment.

Facts: This from Amy Howe over at SCOTUSblog: “The California legislature passed the law because it was worried that crisis pregnancy centers – nonprofit organizations, often affiliated with Christian groups, that are opposed to abortion – were posing as full-service reproductive health clinics and providing pregnant women with inaccurate or misleading information about their options. The act requires nonprofits that are licensed to provide medical services (such as pregnancy tests and ultrasound examinations) to post notices to inform their patients that free or low-cost abortions are available, while centers without such licenses – which try to support pregnant women by supplying them with diapers and formula, for example – must include disclaimers in their advertisements to make clear, in up to 13 languages, that their services do not include medical help.”

JUSTICE KAGAN: “Would a requirement that [a non-medical] facility post a notice saying there actually are a lot of options and here’s how you can access them, would that be unconstitutional?” . . . .

JUSTICE ALITO: “What if there [was] a state law that required every doctor or facility that provides medical treatment for pregnant women to post a notice setting out the full range of options available to those women and where they might obtain services at no cost, if those — if those are available?” . . .

JUSTICE BREYER: “In law, as you well know, what is sauce for the goose is sauce for the gander. And so I think what’s bothering [with] these questions people, as it bothers me . . . — there are pro-choice states and there are pro-life states. All right? So, if a pro-life state can tell a doctor you have to tell people about adoption, why can’t a pro-choice state tell a doctor, a facility, whatever it is, you have to tell people about abortion?” . . . .

JUSTICE GORSUCH: “We don’t have a lot of evidence with respect to the nature of the burden that would be imposed by the 48-font requirement on all ads. There’s some evidence in the amicus briefs that it might be like a $9,000 a month tax for advertisements. But what do we do about the lack of a record here and whether we should wait for an as-applied challenge . . . .”

JUSTICE GINSBURG: “We don’t know what kind of adjustments might have been made because this case went off without any kind of an evidentiary hearing, as was pointed out.”

JUSTICE SOTOMAYOR: “The text of the page titled ‘Abortion’ says Fallbrook will educate clients about different abortion methods available, and describe in medical terms different abortion procedures.  The website also says clients will be evaluated by nurses and that they follow all HIPAA regulations, which if they’re not a medical provider, they don’t have to follow HIPAA. wrong?” . . . .

JUSTICE SOTOMAYOR: “So if you’re giving people advice about pregnancy when you are not a licensed facility, please explain to me what is both misleading, incorrect, or suggestive in any way that a person has to do something like go to this doc — to a doctor, how is it doing anything other than telling people that, despite how the picture looks on the website, this is not a medical facility?”

JUSTICE KENNEDY: “What would happen if an unlicensed entity, unlicensed center, just had a billboard that said ‘Choose Life.’ Would they have to make the disclosure?” . . .  .

CHIEF JUSTICE ROBERTS: “can [these facilities] be required to list services that they don’t provide but that may be provided elsewhere?” . . . .

JUSTICE BREYER: “So, in your view, family planning clinics do not have to tell any woman about abortion — adoption?”

JUSTICE BREYER: “There are millions of people in this country who have views on this subject that are absolutely opposed, one to the other. So that, to me, suggests the law should keep it as simple as possible. And that’s why sauce for the goose, sauce for the gander. I mean, if the law is permissible which says, Doctor, you must tell the woman about adoption, then why shouldn’t the law say, Family Planning Center, you must tell the woman about abortion? Sounds even-handed, sounds as if everybody in the same business is under the same rules.” . . . .

JUSTICE ALITO: “If you have a law that’s neutral on its face, but then it has a lot of crazy exemptions, and when you apply all the exemptions, what you’re left with is a very strange pattern and, gee, it turns out that just about the only clinics that are covered by this are pro-life clinics. Do you think it’s possible to infer intentional discrimination in that situation?” . . . .

JUSTICE ALITO: “Why does this apply only to clinics whose primary function is providing service to pregnant women?” . . . .

JUSTICE ALITO: [Why does the law] apply almost only to for — to non-profits and not for-profits? If the purpose is to get this information out to poor women, don’t you think there are examples of poor women who stumble into a for-profit facility? Wouldn’t it be beneficial for them to know that they could get treatment at no cost through the state?” . . .

JUSTICE KAGAN: “[W]e’re really concerned that there are low-income women, don’t have a lot of access to information, don’t realize what all their options are, want to make sure in general and across the board that they get the best information that’s available to them. Another way to think about what the problem is and how a statute like this comes about is more targeted. It’s to say there are these crisis pregnancy centers all over California and we know that women just go into them and they don’t realize what they are, and they’re being subject to being misled and we think that this is a terrible problem.” . . . .

JUSTICE GORSUCH: “Well, but if you’re trying to educate a class of — of persons about their rights, it’s — it’s pretty unusual to force a private speaker to do that for you under the First Amendment.”

JUSTICE SOTOMAYOR: “Mr. Klein, can we go back to the question Justice Kennedy asked the other side, which was for you to affirm or disaffirm that if one of these facilities wrote an ad that just said pro-life and put their name, it appears as if the law would require them to have the statement ‘This is not a medical facility” in 48-point font?'”

Over at NPR, Alina Selyukh has a post entitled “Section 230: A Key Legal Shield For Facebook, Google Is About To Change.” Here are a few excerpts:

Amelia Thomson-DeVeaux, writing for Five Thirty-Eight, has a new article on Chief Justice Roberts and the First Amendment. Here are some excerpts from her article:

“As of the end of the 2016 term, Roberts had written 34 percent of the free speech decisions the court has handed down since he joined its ranks, and 14 percent of his majority opinions were devoted to the topic. Even when he’s not writing for the majority, Roberts is rarely on the losing side: Out of the 38 free speech cases we counted, he voted with the minority only once.”

→ There is more and I urge readers to review the entire article.