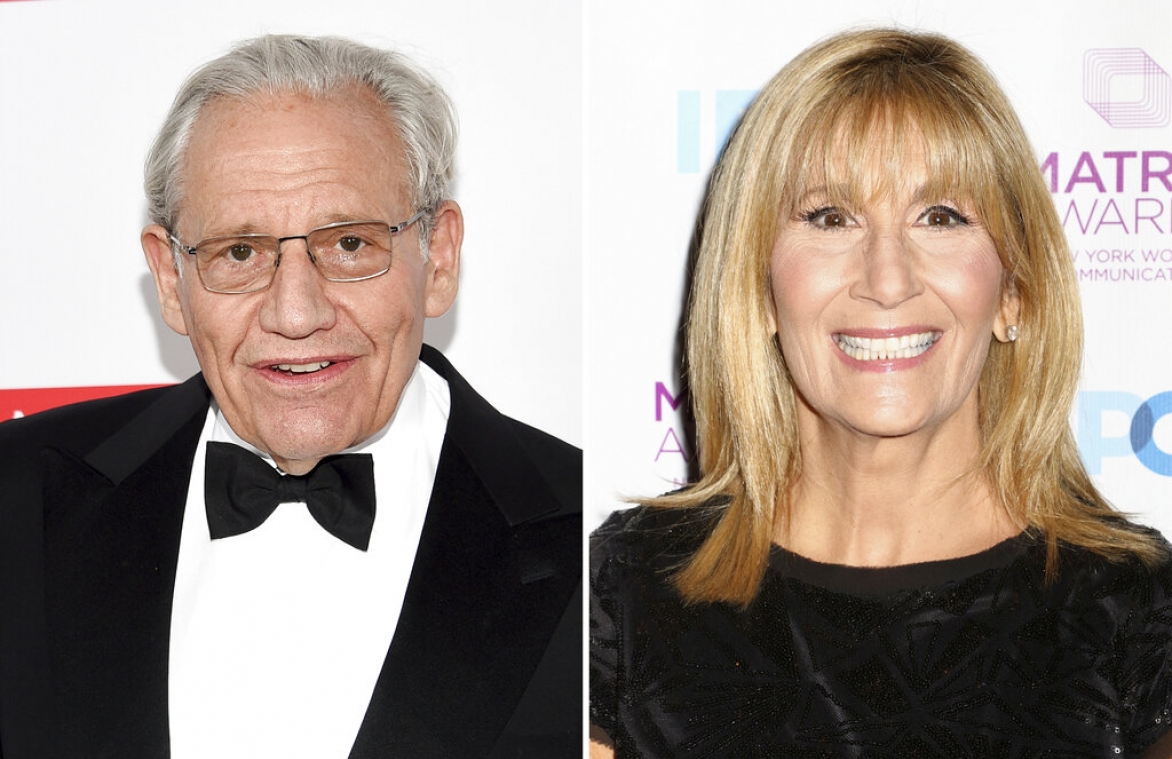 In this combination photo, honoree Bob Woodward, left, attends the PEN America Literary Gala on May 21, 2019, in New York and Jamie Gangel attends the New York Women in Communications Matrix Awards on April 25, 2016, in New York. Woodward, the author of "Rage," said CNN reporter Jamie Gangel helped persuade him to release audio tapes of his interviews with President Donald Trump, with Trump telling him that he played down dangers of the coronavirus epidemic in order not to create a panic, giving the book a bigger initial impact than words on a page would have alone. (AP Photo)

NEW YORK (AP) — Bob Woodward says he hadn't planned on releasing audio tapes of his interviews with President Donald Trump for his book "Rage" until CNN reporter Jamie Gangel and the author's wife persuaded him.

That turned out to make a huge difference in the book's reception and impact, the veteran author and chronicler of presidential administrations said at an online conference hosted by CNN on Sept. 22.

"It's not the same as it is on the page," Woodward said. "The microphone really is a microscope."

Gangel worked in tandem with Elsa Walsh, herself an accomplished reporter who helps edit her husband's books, to encourage release of the tapes. They were first given to CNN and The Washington Post.

For a CNN reporter to help push a news source toward a decision that amplifies the impact of a book that is highly critical of Trump may open Gangel to some criticism. CNN is already one of the biggest targets of the president and his supporters.

But it's an important role for journalists to advocate for public release of as much information as possible, said Kathleen Culver, director of the Center for Journalism Ethics at the University of Wisconsin.

"I have no problem with a reporter telling an author that it's in the public interest to see that the tapes are released," Culver said.

CNN chief Jeff Zucker, who was interviewing Woodward at the conference, also said that "we're all better" for Gangel pressing the point.
"Being honest, the book would have not received the attention, the focus and the kind of 'oh, it's all true, we can hear it,' if I did not have those two women ganging up on me," Woodward said.

"Rage" is currently No. 1 on Amazon's list of top-selling books and has likely sold hundreds of thousands of copies.

The former Watergate sleuth, with partner Carl Bernstein, was probably already more aware of the power of presidential tapes than any journalist alive.

"We learn about our own business even after 50 years, and for me very dramatically," he said in an interview after the CNN session.