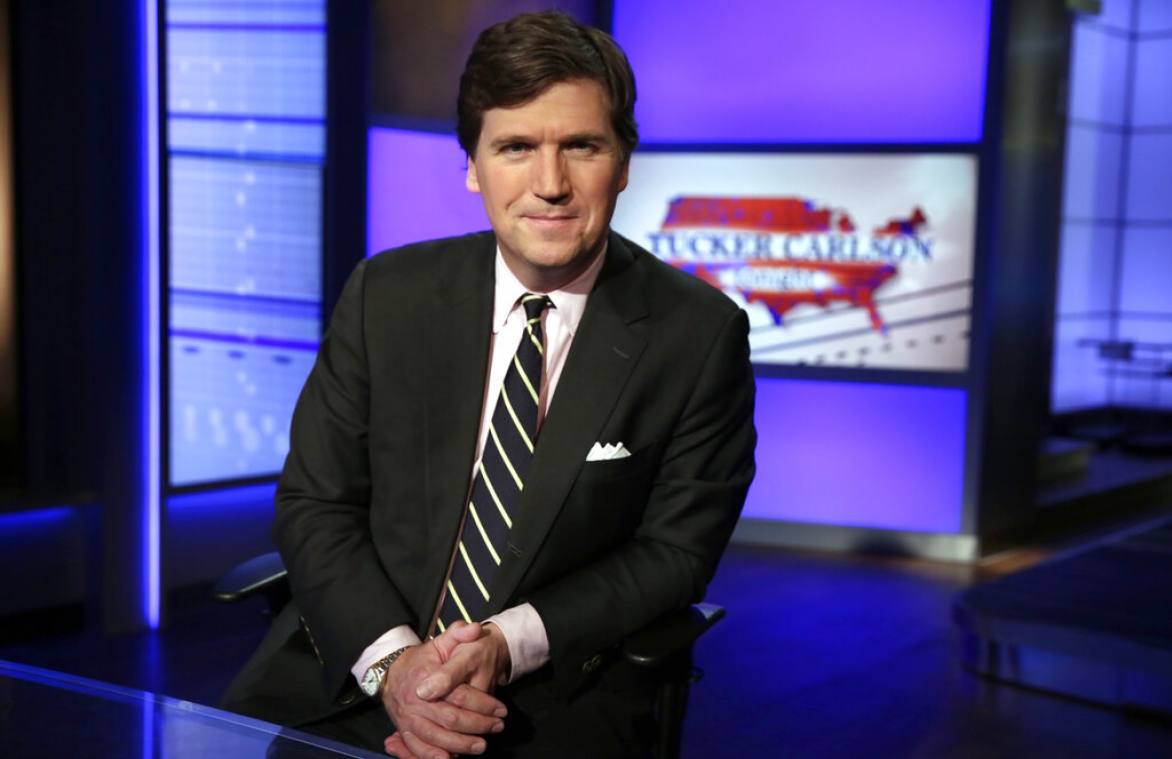 NEW YORK (AP) — A Manhattan judge has tossed out a defamation lawsuit against Fox News brought by the former Playboy model who took a $150,000 payoff to squelch her story of an affair with a pre-presidency Donald Trump.

Karen McDougal had alleged in the suit filed late last year that Fox host Tucker Carlson slandered her by calling the payout "a classic case of extortion." U.S. District Court Judge Mary Kay Vyskocil ruled on Sept. 24 that McDougal failed to prove that Carlson was accusing her of an actual crime in a way that would back up a defamation claim.

The judge called the on-air remarks "rhetorical hyperbole and opinion commentary intended to frame a political debate, and as such, are not actionable as defamation," the judge said in a written ruling.

Messages were left with lawyers on both sides of the legal fight seeking comment.

As the Republican ran for office in 2016, National Enquirer parent company American Media Inc. paid McDougal $150,000 for the rights to her story, which it never published. The company eventually acknowledged the purchase was a "catch-and-kill" maneuver to help the presidential prospects of Trump.

Trump's former lawyer and fixer, Michael Cohen, ended up pleading guilty to campaign-finance violations in connection with payments to silence McDougal. AMI, in a deal to avoid federal prosecution, admitted to making the payment "in concert" with the Trump campaign.

Carlson was discussing the Cohen case on Dec. 10, 2018, when the host recounted what he called "undisputed" facts: that two women had "approached Donald Trump and threatened to ruin his career and humiliate his family if he doesn't give them money."

"Now, that sounds like a classic case of extortion," Carlson added.

The decision siding with Fox on Sept. 24 called it "the kind of pitched commentary that one expects when tuning in to talk shows like Tucker Carlson Tonight, with pundits debating the latest political controversies."