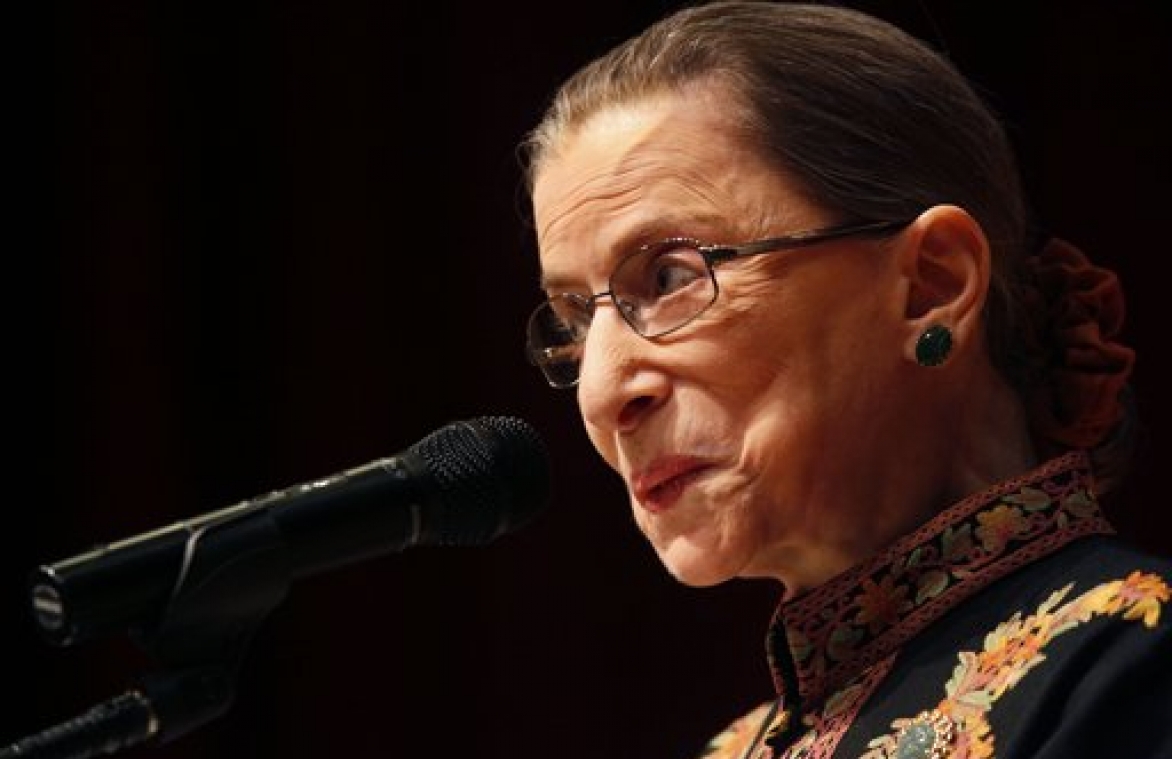 Justice Ruth Bader Ginsburg changed the face of American law as an advocate fighting for gender equality before the very Court that she would one day sit on for more than 27 years. As for her First Amendment jurisprudence, at times during her tenure on the high court she wrote strong opinions advocating strict separation of church and state and significant protection for commercial speech.

But her time on the Court often showed her balancing First Amendment rights against a variety of other interests. Sometimes this balancing resulted in opinions that did not favor First Amendment claimants. This doesn’t mean that she was not a strong protector of free speech – after all, there are very few free-speech absolutists in this world, at least on the bench.

In the following five areas, Justice Ginsburg believed that other interests trumped the First Amendment.

One of the more interesting fault lines in modern First Amendment jurisprudence concerns campaign-finance law. Justice Ginsburg generally supported state and federal efforts to limit political campaign contributions. However, a central theme of the era of the Court of Chief Justice John Roberts has been the deregulation of campaign finance, often on First Amendment grounds.

Judges are different when it comes to campaigns

Justice Ginsburg also believed that states should have considerable latitude in regulating judicial elections. She fervently believed that judges are different from other political actors.

“When the political campaign-finance apparatus is applied to judicial elections, the distinction of judges from politicians dims,” she warned in her concurring opinion in Williams-Yulee v. Florida Bar (2015), a decision in which the Court narrowly upheld Florida rules limiting solicitations by judicial candidates during campaigns. “The Court’s recent campaign-finance decisions, trained on political actors, should not hold sway for judicial elections,” she wrote.

She expressed similar concerns years earlier in a dissenting opinion in Republican Party of Minnesota v. White (2002). The case concerned a provision of the Minnesota judicial canons that prohibited judicial candidates from announcing their views on disputed legal or political issues. “Whether state or federal, elected or appointed, judges perform a function fundamentally different from that of the people’s elected representatives,” read the first line of her dissent.

“In addition to spurring the creation and publication of new expression, copyright law contains built-in First Amendment accommodations,” she wrote, identifying these accommodations as the (1) idea/expression dichotomy, and (2) the fair-use doctrine. Under the idea/expression dichotomy, ideas and facts remain in the public domain, while a creator’s particular expressions and packaging of those ideas are protected by copyright law. The fair-use doctrine provides that persons can sometimes use parts of copyrighted works, such as for news reporting or teaching, without violating copyright law.

Ginsburg sided with a public university in its effort to enforce anti-discrimination norms over the religious viewpoints of a student organization in the controversial case of Christian Legal Society v. Martinez (2010).

In the 1970s and 1980s, the U.S. Supreme Court issued a series of decisions generally establishing that universities may not discriminate against student groups on the basis of their viewpoint. However, many years later, the Court ruled differently with regard to a student group, the Christian Legal Society, which requested an exemption from the University of California-Hastings’ so-called “all-comers” policy, meaning that a student group could not restrict its membership to any group of students. Said policy means a religious group would have to accept students who did not adhere to that religion.

“Compliance with Hastings' all-comers policy, we conclude, is a reasonable, viewpoint-neutral condition on access to the student-organization forum,” Ginsburg wrote for a five-member majority. “In requiring CLS – in common with all other student organizations – to choose between welcoming all students and forgoing the benefits of official recognition, we hold, Hastings did not transgress constitutional limitations.”

The importance of qualified immunity

Justice Ginsburg recognized that Secret Service agents were entitled to qualified immunity when they directed a group of protesters away from an area near then-President George W. Bush at an event in Jacksonville, Ore., in 2004. The protesters contended they were treated worse than supporters of the president.

Years later when the case reached the high court, Ginsburg wrote in Wood v. Moss (2014) for a unanimous Court that the agents were entitled to qualified immunity. She explained: “No decision of which we are aware, however, would alert Secret Service agents engaged in crowd control that they bear a First Amendment obligation to ensure that groups with different viewpoints are at comparable locations at all times.”

In an earlier concurring opinion in Reichle v. Howards (2012), Ginsburg also emphasized the importance of qualified immunity for government officials, writing: “Officers assigned to protect public officials must make singularly swift, on the spot, decisions whether the safety of the person they are guarding is in jeopardy.”