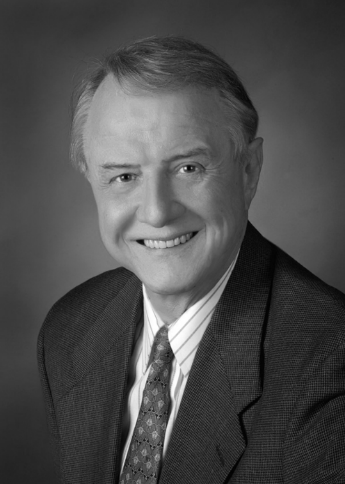 A native of Evansville, Indiana, Mr. Nordhaus was an All-American High School Basketball player, and was the high scorer in the annual All-American High School All Star game in 1951. He went on to become both a baseball and a basketball starter at Vanderbilt University. After his college graduation and before entering the insurance industry, Mr. Nordhaus was a U.S. Navy officer for over three years.

Nordhaus has had a storied Insurance career. His career in the business started with the Insurors of Tennessee.

Along the way Mr. Nordhaus found time to write eight books on insurance sales and marketing, author a weekly newsletter for 40 consecutive years, write columns and articles for practically every trade magazine, and appear as a speaker at over 3,000 insurance conferences and conventions in every US State, Canada, and Europe.

In the early 1970s, Mr. Nordhaus became one of the youngest “names” at Lloyds of London. He later became the Southern California/Nevada/Arizona and New Mexico Chairman for the Association of Lloyds Members.

Mr. Nordhaus has been honored by the Boston Board of Fire Underwriters as “Insurance Person of the Year;” and by the Insurance Marketing Communications Association as their annual Golden Torch Award Recipient, and he has served for many years as an Elector to the Insurance Hall of Fame. He has served on the Board of Directors  of the Mount Holly Insurance Company (RLI Insurance Company-owned), and on the Board of Directors of the ISU (agents’ organization).  He created the Insurors Group, an organization of 300+ agencies, which eventually merged with ISU, and he created Group 500, another 300+ group of agencies now part of IMMS.

George now lives in Santa Fe, New Mexico, with his wife, Sue Taylor-Nordhaus. A fine arts graduate of Baylor University, Sue became a licensed psychologist, and with George in 1992 established Nordhaus Profiles International, a testing service for the insurance industry. NPI eventually became Insurance Hiring System, whose services are used by some of North America’s finest insurance agencies and companies.