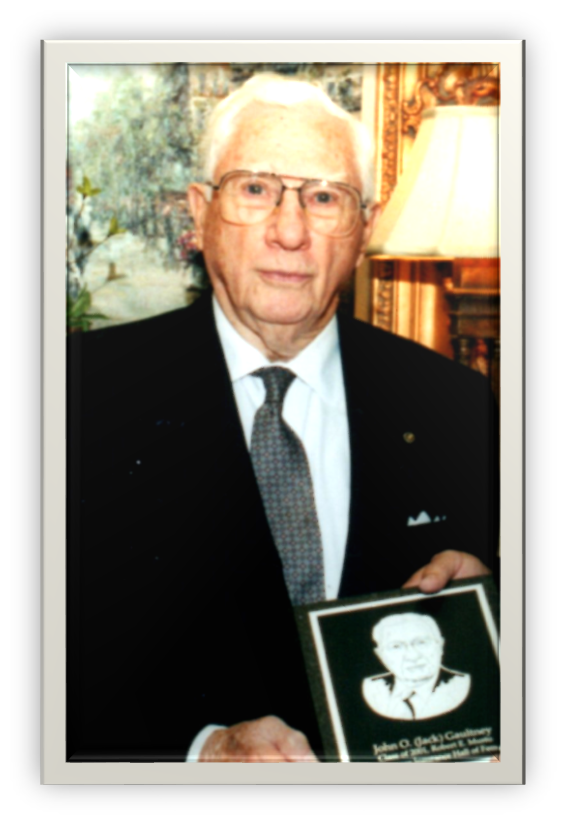 John O. (Jack) Gaultney, CLU, who now resides in Franklin, joined New York Life Ins. Co. as a clerk in the Memphis Branch office in 1935, and he has been with the same company since that time.  He was the leading new agent in 1937 and 1938 and moved to a management position in Little Rock in 1940.  He was promoted to successively higher management positions at various New York Life offices until he became Vice President of Group Sales in 1967, and then he wound up his career as Vice President for Canada and the Eastern United States.  He retired in 1980 and took an agent’s contract.  He continues to sell today.

Mr. Gaultney had a brilliant record in WWII.  Serving in the Italian campaign, he was awarded the Combat Badge of Honor, a Silver Star, three Bronze Stars, and two Purple Hearts.  He was discharged in 1945 with the rank of Captain.