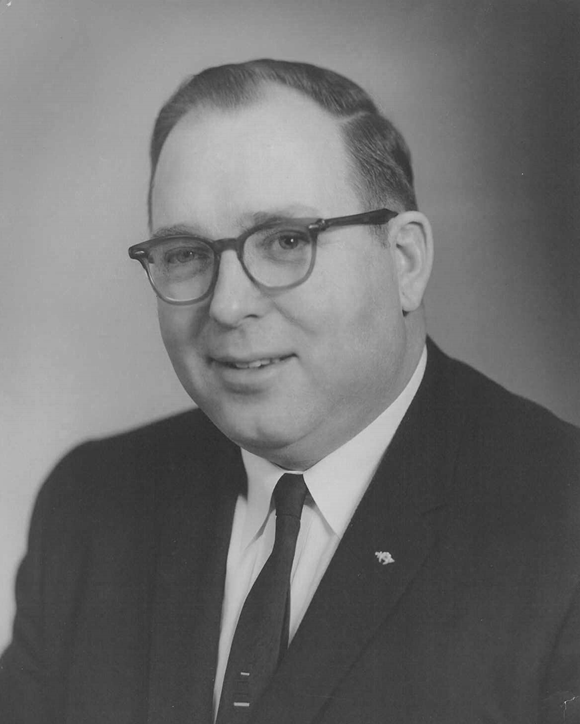 Mr. Spann got his undergraduate at Middle Tennessee State University and Peabody College then attended the YMCA Law School in Nashville, where he was awarded the Doctor of Jurisprudence Degree.  Up to the date of his graduation, he was the only student at the law school ever to win faculty designation as “The student who has displayed the greatest potential for success as a practicing attorney” in both Civil and Equity divisions of competition.

Mr. Spann was of draft age in WWII and he wanted to serve his country.  However, he was rejected for military service in 1942 due to vision impairment, but finally, with his friend’s help, managed to get into the Army in late 1944. Upon discharge in 1946, he enlisted and served in the Active Reserve until 1951.

Mr. Spann enjoyed a very successful Insurance career.  He started from “scratch” as a commission salesman in October 1947.  Three years later, he exchanged his existing book of business for minority interest in the agency where he worked, under agreement to obtain 50% interest therein.  That agency was dissolved, by mutual disagreement, and he established another agency on August 1, 1958 with the small amount of volume which could be salvaged.  The agency he established still exists today and is run by family members.