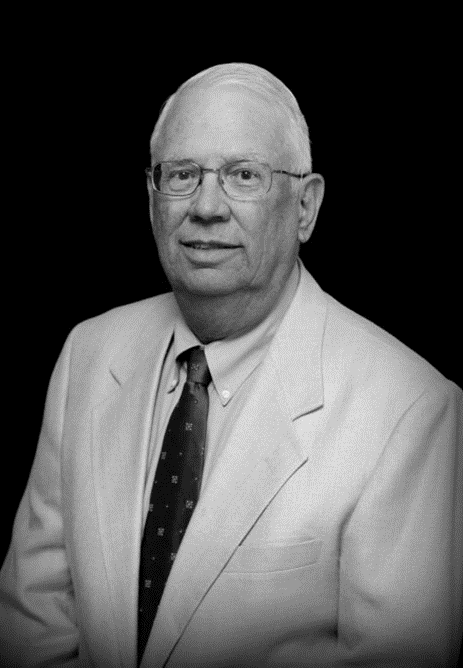 Joe is from Pulaski, TN and is a graduate of Giles County High School. He holds a B. E. Degree in Civil Engineering from Vanderbilt University.

Joe Rackley is one of the few people of whom it can be said, he “revolutionized an industry.”  From his small family-owned insurance agency office in Pulaski, Joe developed and very successfully marketed a concept that has impacted independent insurance agencies, large and small, in the smallest hamlets and biggest cities in every state of our country.

Joe was attending the Insurors convention in Memphis in 1979 and saw a couple of computers demonstrated by exhibitors.  He recalls he saw a Radio Shack computer and a Canon computer.  “I got excited, came home and couldn’t sleep,” he remembers.  “I went out and bought a Radio Shack Model I and began working on it…nonstop.”

He was so dedicated to learning all about this “new” technology and spent so many hours working on it that employees at his agency nicknamed him “Captain Video”.  This was the forerunner of what became the nationally known Rackley Systems, Inc.

After graduation from college, Joe went to work in the aerospace industry for 12 years.  It was at NASA where he gained the vast programming expertise that proved to be so valuable later.  Following that period, he took over his father’s insurance agency in Pulaski and managed it for the next eight years.

Then it was at the 1979 convention where Joe saw the opportunity to mesh the two interests, the two careers, together.  He was cognizant of the ever-growing need of rating for independent agents and visionary about the development of the personal computer.  Putting the two concepts together gave birth to Rackley Systems, Inc.

In late 1979, Joe founded Rackley Systems, Inc.  He served as President and Chairman of the Board until the company was sold to AMS in 2003.  Rackley Systems provided software solutions to Independent Insurance Agencies and some Insurance Companies.  The company provided comparative insurance rating software that allowed agents to quickly rate several companies’ premiums for personal and commercial lines.  Rackley Systems became the officially endorsed rating system for several Southeastern states with Tennessee being the first.