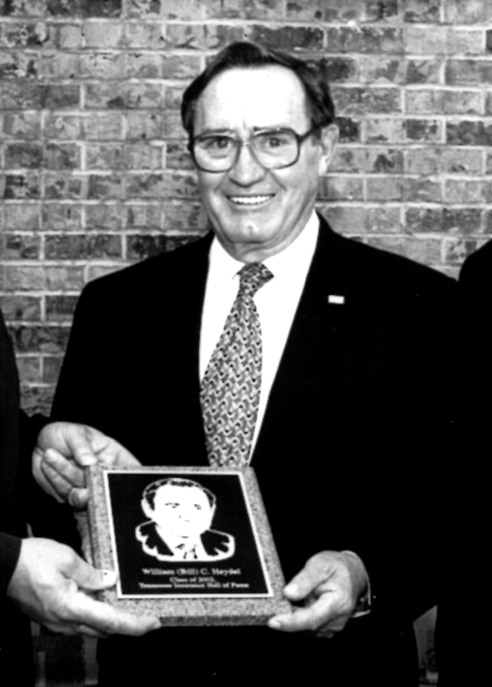 Bill was born on April 11, 1929 in Rockwood, TN. He graduated from Rockwood High School in 1947, where he was a standout All-State football player. He married June Love, his high school sweetheart in 1948. He attended Vanderbilt University on a football scholarship and Austin Peay State University, from where he played football and earned a degree in Business. He is noted as a Distinguished Alumnus of Austin Peay.

After moving to Atlanta, Ga, Bill began working for Burroughs Corporation as a salesman. While working with Burroughs in Columbus, GA, he called on a fledgling insurance company, American Family Life (AFLAC), and was convinced to join them and pioneer their sales efforts in the state of Tennessee. He then moved to Lebanon, TN and developed the AFLAC Tennessee sales force into a perennial leader in the company until his retirement. Bill was recognized as an honorary co-founder of AFLAC and inducted in 2005 into the inaugural class of the AFLAC Hall of Fame and inducted into the Tennessee Insurance Hall of Fame in 2002.