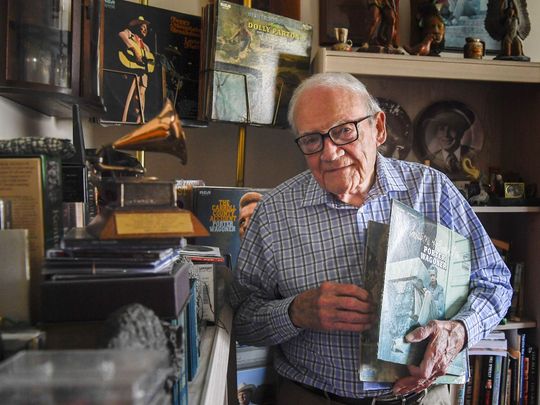 For outstanding service to photojournalism in Tennessee, LES LEVERETTE is inducted into the 2018 class of the Tennessee Journalism Hall of Fame.

Celebrating his 91st birthday this past April, Les has rightfully been called the "Music City's Memory Keeper." He has been credited with playing a major role in transforming Nashville from a small country town to Music City USA.

For more than 40 years Les has recorded the living history of country music as the official photographer for the Grand Ole Opry. As such he has been responsible for saving for posterity not only images of the great, near-great and not-so-great, but also for remembering those behind the curtain: the stage hands, electricians, lighting speciates and sound artists who make stars of the stars