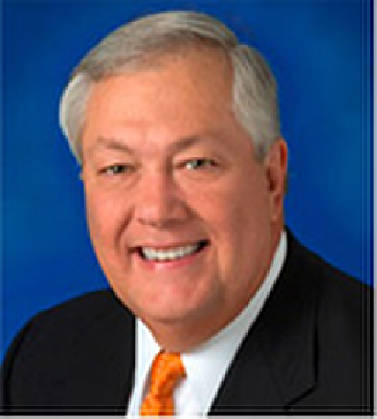 For outstanding service to sports journalism in Tennessee, RANDY SMITH is inducted into the 2018 class of the Tennessee Journalism Hall of Fame.

In 1968, while still in high school, Randy began his sports reporting career at WENO radio in Nashville. Since that time, he has worked as a play-by-play announcer, color analyst television sports news anchor, talk show host, sports marketer and writer.

Randy's work has included both high school and college sports, he is a three-time finalist for the Tennessee Sportscaster of the Year award, and in his 46-year career has amassed more than 500 sports telecasts. He has also been recognized as Tennessee's best sports show host

Randy's sports reporting has taken him to media outlets in Murfreesboro, Nashville and Chattanooga, and he has been seen by fans of East Tennessee State University, the University of Tennessee, Chattanooga, the Vol Network, SportsSouth, the Southeastern Conference, and Southern Conference basketball tournaments.

He can also be seen serving as a umpire in TSSAA [[[ T-Double S Double A ]]] baseball and softball games.