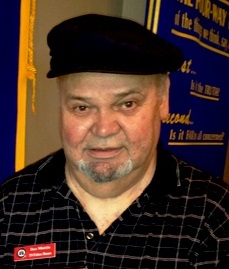 For outstanding service to journalism in Tennessee, DAN WHITTLE is inducted into the 2018 class of the Tennessee Journalism Hall of Fame.

Dan began his journalism career when he applied for a janitor's job at a small daily newspaper in his native Missouri. Apparently, the person conducting the interview though he was actually applying for a sport's writers job, and hired him on the spot. From this small beginning Dan has become a world-travelled reporter, columnist, author, public speaker and radio host.

As a war correspondent, Dan was the first Tennessee reporter to accompany the Tennessee Air National Guard into a hostile combat zone during the war in Bosnia. He has become known throughout the mid-South as a raconteur and story teller chronicling life in small-town America.

For the past decade the semi-retired journalist has written for the Cannon Courier and has published two books, one a behind-the-curtains look at the support people who make country/gospel stars the icons they sometimes become, and the other a retrospective of his life growing up in the cotton fields and swamps along the Mississippi River around Canalou, Missouri.