Virtual Production is now at MTSU!

MTSU is proud to announce installation is complete on our Extended Reality (XR) stage for student instruction.

The magic has begun! This is a career-making opportunity in the lives of our current and future students. Our excitement cannot be contained!

MTSU has launched one of the most advanced virtual production facilities at any university. MTSU's XR stage offers the next level of hands-on experience with state-of-the-art technology for its Media Arts students.

Virtual Production is a perfect convergence of what MTSU has building toward for years with our programs in filmmaking, live production, animation, motion design and interactive media.

Expand your reality in MTSU's Department of Media Arts!

Behind the scenes: The making of MTSU’s XR teaser spot

What are XR and Virtual Production?

XR or Extended Reality is a new type of film and video production stage that uses high resolution video screens as virtual backgrounds behind the actors and other foreground elements. The visual effect is further enhanced by the use of Unreal Engine software that causes the background to change appropriately as the camera moves – just like in a video game. As a matter of fact, many top video games use this same software. Virtual Production is what a film or video crew does with an XR stage. The end results appear spectacularly realistic to the camera. It happens where film and video production intersect with animation. This major new production technique is now possible because of the evolution of certain technical components – and it is here to stay.

There are several great videos online that show how virtual production works. The Virtual Production of season 2 of The Mandalorian on YouTube is one of the best examples. 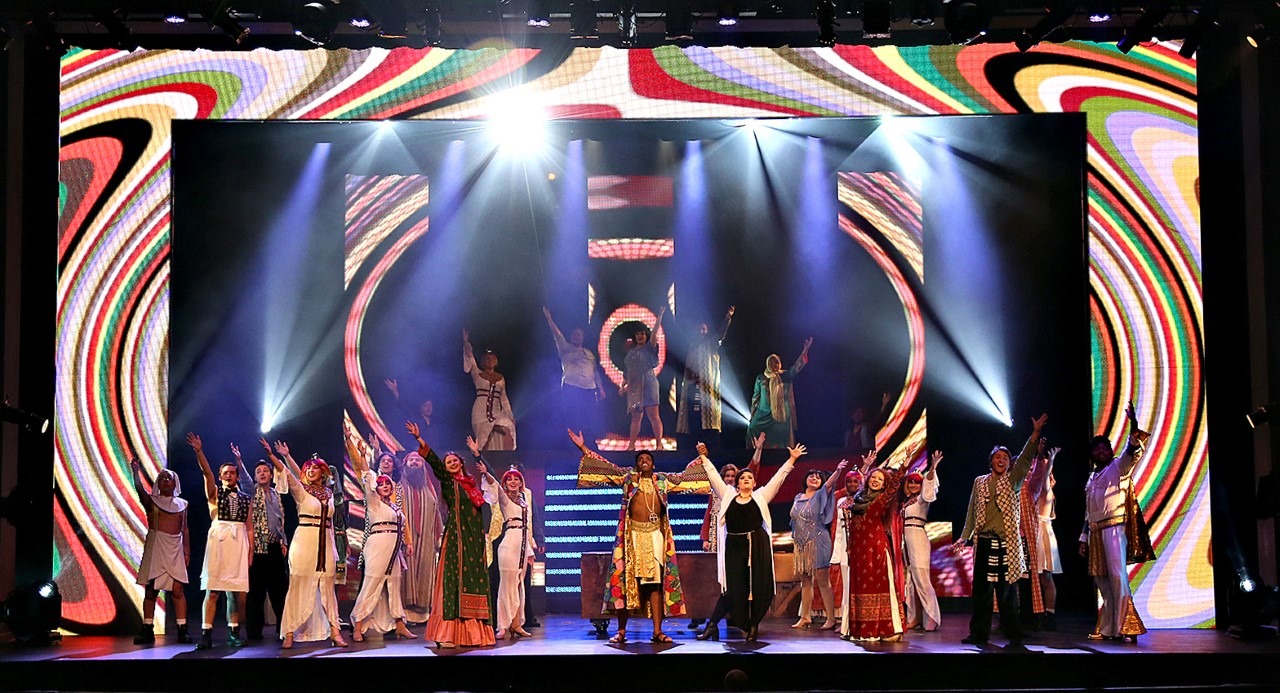 LED wall design, installation, and content has been taught in MTSU’s Media Arts Department since 2014. The LED wall set for MTSU Theatre Department’s 2018 production of Joseph and the Amazing Technicolor Dreamcoat was one of approximately fifty LED wall projects built by Media Arts students to date. Dozens of recent graduates have used their LED experience to launch industry careers.

Faculty in MTSU’s Media Arts Department have been busy preparing an initial set of Virtual Production classes that will start in the Fall 22 semester, and more are being planned for future semesters. Animation, Filmmaking, Live Production, and Motion Design programs will be the first programs that make use of this new technique.

The technology behind XR is the most critical piece of the puzzle for creating a XR Stage. Research and planning for our project began in February 2021, but with the constant evolution of the latest technology changing on almost a daily basis, the project has evolved significantly from our original concept. Click here for a summary of the technical equipment we have chosen for MTSU’s XR Project.