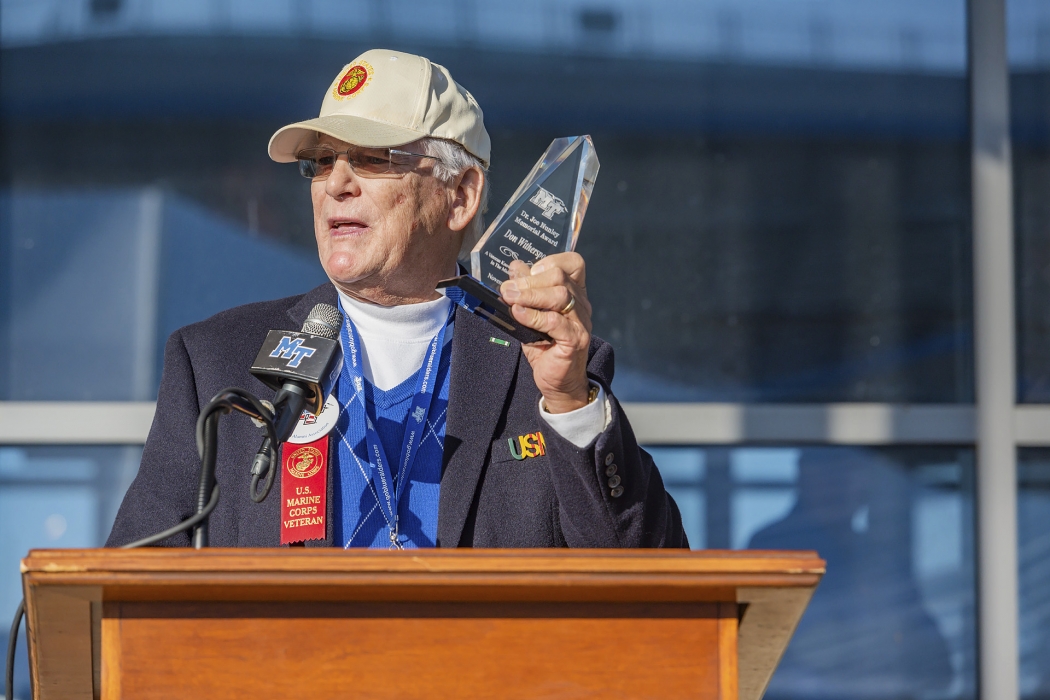 Don graduated from Middle Tennessee State College (MTSC) in Murfreesboro TN in 1964 with a B. S. in Economics. Having attended Officer Candidate School during summers while in college, he was commissioned a 2nd Lieutenant in the United States Marine Corps (USMC) upon graduation. He served on active duty for three years, including a tour in Viet Nam in 1966 with Third Battalion, First Marines.  Don was presented the Navy Commendation Award with Combat “V” for service during that tour. He was promoted to Captain in 1967, while serving with the Fourth Battalion, 10th Marines.

Following his tour with the USMC, Don began a career in logistics with Pfizer Inc that spanned 33 years and 7 locations. He retired from Pfizer Inc in 2000 as the Director of Logistics. Following retirement Don returned to Murfreesboro TN and has been involved in several community, civic and MTSU activities.

Don married to his college sweetheart, Hanna Romans Witherspoon, following their graduation from MTSC in 1964. They feel blessed to be involved in community, civic, and University activities.