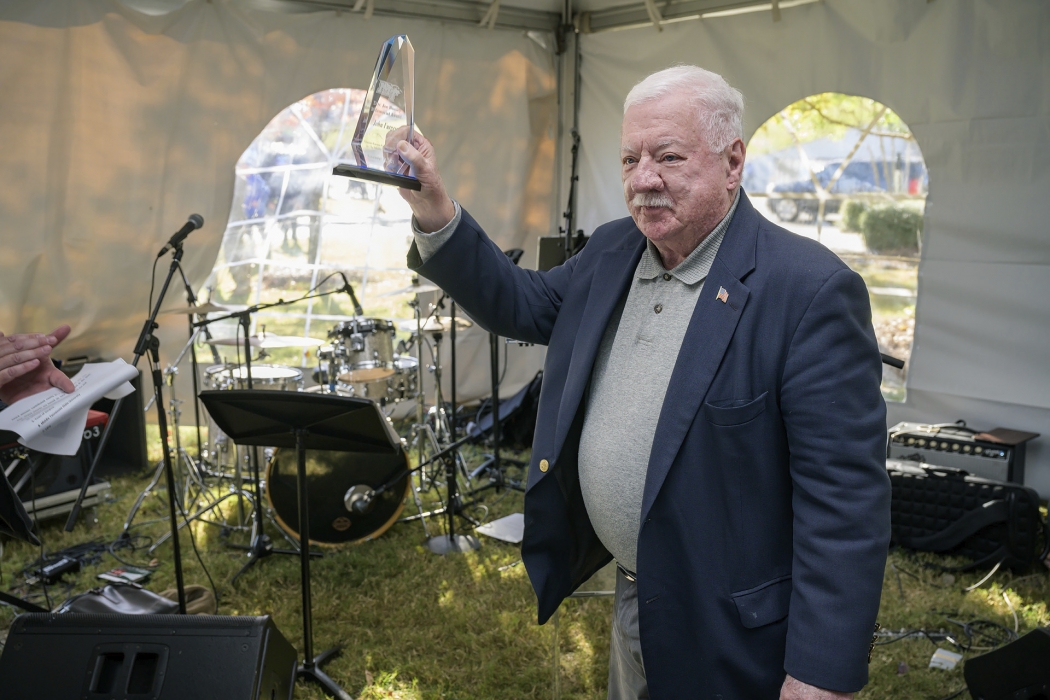 Mr. John Furgess was raised in Nashville, TN.  He is a graduate of Father Ryan High School (1961) and Middle Tennessee State University (1965).  He completed the ROTC program and served on Active Duty with the US Army Security Agency from 1965-1970.  He served in Vietnam during 1967-68 with the Americal Division.  He joined the Tennessee Army National Guard with the rank of Captain in 1970 and retired with the rank of Colonel in 1993.   John served for twenty years as Assistant Commissioner, TN Department of Veterans Affairs and retired in 2002.   Long active in the VFW and American Legion, John served as VFW National Commander in 2004-05 and is a Past Commander of the American Legion Post 5 in Nashville.  While serving in the VFW national chairs, he visited all 50 states and 25 countries.  He was the first official of a veterans’ organization to be invited to visit our troops in Iraq.  That visit was during the period 3-11 AUG 2005.  He is also the first VFW National Commander to lead a VFW delegation to visit China (2004).   John is a member of Military Officers Association of America; Vietnam Veterans of America; and Disabled American Veterans.   Among several military awards, he is the recipient of the Legion of Merit, the Bronze Star Medal, and the Meritorious Service Medal.   John and his late wife Alma have three daughters and twelve grandchildren.