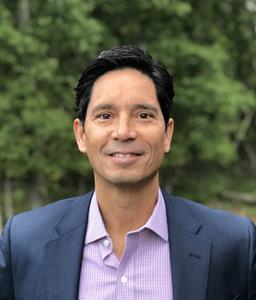 John is Managing Director for Amazon’s Global Military Affairs. His team’s mission is to drive Amazon’s customer obsession with military service members, veterans, military spouses and their families. John is committed to addressing the unique challenges facing the military community. His responsibilities include talent acquisition, work force development, and veteran community engagement. John began his career with Amazon in 2017 as Regional Director of Reliability & Maintenance Engineering, where he delivered equipment uptime and performance for Fulfillment Centers across North America.

John served 29 years in the U.S. Air Force, retiring as a Brigadier General. In his final assignment, John was the Asia policy and strategy advisor to the Chairman of the Joint Chiefs of Staff. He has over 3,000 flight hours as a Weapon Systems Officer in the F-111 and F-15E aircraft, including 800 hours of combat time over Syria, Iraq and Afghanistan. John commanded an Air Expeditionary Wing during the Counter-ISIL campaign, an Air Expeditionary Group in Afghanistan, a Fighter Wing and a Fighter Group. He is a graduate of the Joint Military Attaché School and accredited diplomat, having served as the Defense Attaché in the American Embassy in London. John also served as the Military Aide to President George W. Bush from 2003 to 2006 where he directed military support to the President and was responsible for the President’s emergency satchel or “the nuclear football.”

He earned a bachelor’s degree in Engineering Science from the U.S. Air Force Academy and master’s degrees in Aviation Science from Embry-Riddle Aeronautical University, in Military Operational Art from the Air Command and Staff College and in Strategic Studies from the Army War College. John also completed the Senior Executive Fellows Program at the John F. Kennedy School of Government, Harvard University. He resides in northern Virginia with his wife, Susan, and their three daughters.