We are excited for your students to participate in our sessions on Saturday, April 2, 2022.   For a $20 registration fee, students have access to all of the educational activities, including MTSU student performances, the student jam session, guest clinics and the 5:30 p.m. headline concert featuring Grammy-winning jazz trumpeter Brian Lynch.  All events in Hinton Hall are accessible online through the MTSU School of Music YouTube livestream at www.mtsu.edu/musiclivestream . The festival is full of outstanding educational components including:

We hope that you and your students will joins us in this celebration of America’s great art form at Middle Tennessee State University.  Best wishes for continuing success in your programs.

All LIVE performances occur in Hinton Hall, available to the public, and online through the
MTSU School of Music livestream, available at www.mtsu.edu/musiclivestream 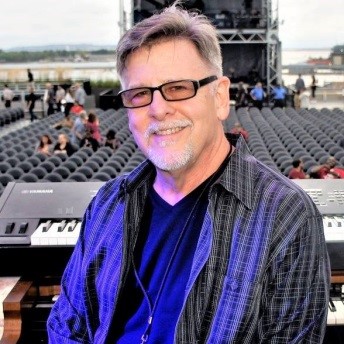 Living now in Nashville, Tennessee, Pat continues to compose and produce original music, underscores and musical projects which are heard worldwide in a variety of media. Additionally, Pat taught jazz piano, improvisation and combos at Middle Tennessee State University (MTSU), and most recently served as an Associate Professor of Jazz Studies at the University Of North Texas (UNT). He also currently teaches at the Nashville Jazz Workshop.

Pat has recorded several solo albums including his newest release “Music For Humans & Other Species”. These are available at patcoil.com and most music media sites. He has a new release coming out this year on Burton Avenue Music featuring his trio with Danny Gottlieb on drums, and Jacob Jezioro on bass. 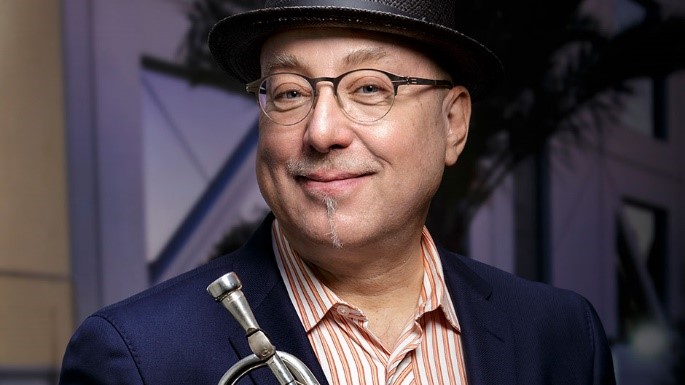 Professor Lynch is a Grammy© Award recipient and he brings an unparalleled depth and breadth of experience to his teaching as well as his music. An honored graduate of two of the jazz world’s most distinguished academies, Art Blakey and the Jazz Messengers and the Horace Silver Quintet, he received wide acclaim during his long tenures with Latin jazz legend Eddie Palmieri and jazz master Phil Woods. He has been a valued collaborator with jazz artists such as Benny Golson, Toshiko Akiyoshi, and Charles McPherson, Latin music icons as diverse as Hector LaVoe and Lila Downs, and pop luminaries such as Prince. As a bandleader and recording artist he has released over 20 critically acclaimed CDs featuring his distinctive composing and arranging, and he continues to tour the world with various ensembles, a reflection of the wide sweep of his music.

Voted Trumpeter Of The Year and recipient of the Record Of The Year Award by the Jazz Journalists Association in 2017, Professor Lynch’s talents have also been recognized by top placements in the Downbeat Critics and Readers Polls (#3 Trumpet, Critics Poll) as well as feature stories and highly rated reviews for his work in the New York Times, Jazz Times, and Downbeat. He has received multiple Grammy Award nominations -- the latest in 2016 for his Madera Latino project -- and garnered a Grammy win in 2006 for Best Latin Jazz Album. He is also the recipient of grants from the National Endowment for the Arts, Chamber Music America, and Meet the Composer.

Professor Lynch’s independent record label, Hollistic MusicWorks, has released a series of critically acclaimed recordings under his name since its inception in 2010, including the Grammy Award nominated Madera Latino (2016), Questioned Answer (2014), and the Unsung Heroes series of recordings (2011-13), the latter of which were awarded a 5 star “masterpiece” rating by Downbeat magazine.  Lynch also released seventeen albums as a leader between 1987 and 2010 on the Criss Cross, Ken, Sharp Nine, Cellar Live, Nagel Heyer, EWE, Zoo’t Jazz, Artist Share, and Venus recording labels. Professor Lynch’s discography as a featured artist and sideman includes over 200 recordings, including nine albums with Eddie Palmieri, thirteen albums as part of the Phil Woods Quintet, and three albums with Art Blakey and The Jazz Messengers, all of which feature his contributions as arranger, composer, and featured soloist. Other notable recordings include albums with Prince, Toshiko Akiyoshi, Issac Delgado, Donald Harrison, George Russell, Tito Puente, and many other artists.