This page is under development. Please visit mtsunews.com for the most current content.

Guests at the Center for Popular Music at Middle Tennessee State University discussed one of Tennessee’s greatest treasures March 24 in a special online panel on that “unlikely angel,” Dolly Parton.

Video from the 90-minute discussion is available to watch above and at the center's YouTube channel. 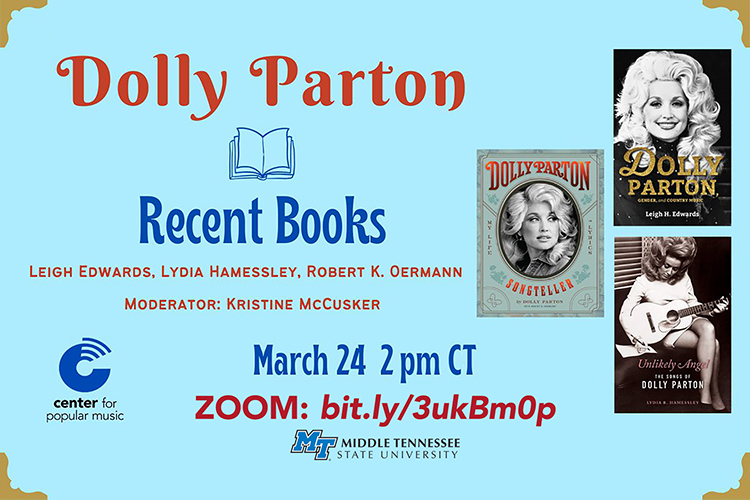 Edwards is an English professor at Florida State University in Tallahassee. Her academic focus is on media studies as well as 20th- and 21st-century U.S. literature and popular culture, including an emphasis on contemporary popular music and television, film and new media. 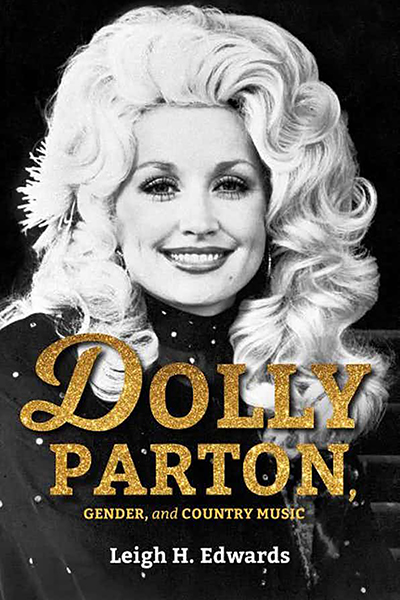 She’s also the author of “The Triumph of Reality TV: The Revolution in American Television” and “Johnny Cash and the Paradox of American Identity” and is working on several new projects, including one on the artist Prince and his media image.

Hamessley, chair of the Music Department at Hamilton College in Clinton, New York, teaches courses in country music, Medieval and Renaissance music, music and film, and world music. Her research specialty is old-time and bluegrass music with an emphasis on women and southern Appalachia. 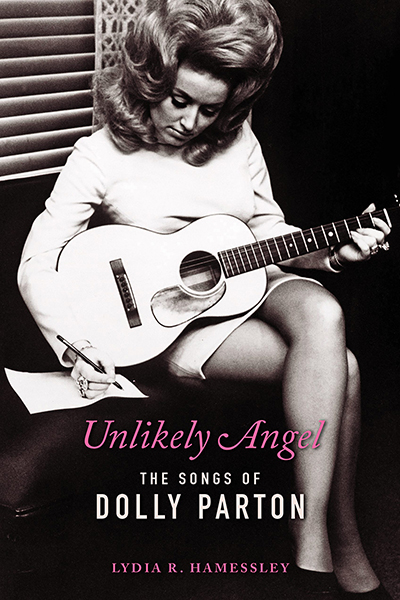 Her 2020 “Unlikely Angel” book addresses the myriad ways Parton incorporates her cultural and musical heritage, including old-time music, into her songs about women’s lives.

Oermann, a Nashville-based veteran music journalist recognized as an authority on country music, is the author and co-author of eight books, including “Finding Her Voice: Women in Country Music, 1800-2000,” and a contributor to film, television and radio.

His collaboration with Parton on “Songteller” mines more than 60 years of Parton’s songwriting to highlight 175 of her creations, exploring the lyrics, inspiration and memories attached to each. 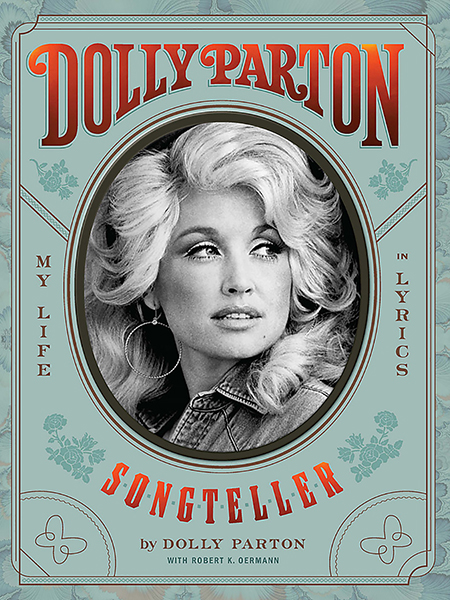 The Center for Popular Music at MTSU, part of the College of Media and Entertainment, is one of the world’s oldest and largest research centers devoted to studying American folk and popular music from the early 18th century to the present.

Its Grammy-winning Spring Fed Records label, which has focused on the traditional music of Tennessee and the South, has expanded its repertoire to include new collections from artists ranging from Mississippi John Hurt to Lorenzo Martinez & "Rabbit" Sanchez. The label released its first CD recorded in MTSU’s studios in 2020.

The center also develops and sponsors programs in American vernacular music and presents special concerts, lectures and events for the campus community.

For more information on the Center for Popular Music and its projects and special events, visit www.mtsu.edu/popmusic.