Chief Kaup shares the following philosophy with every member of his team: continue a life of serving others and treating everyone with respect and compassion, the way you would want your family members treated. 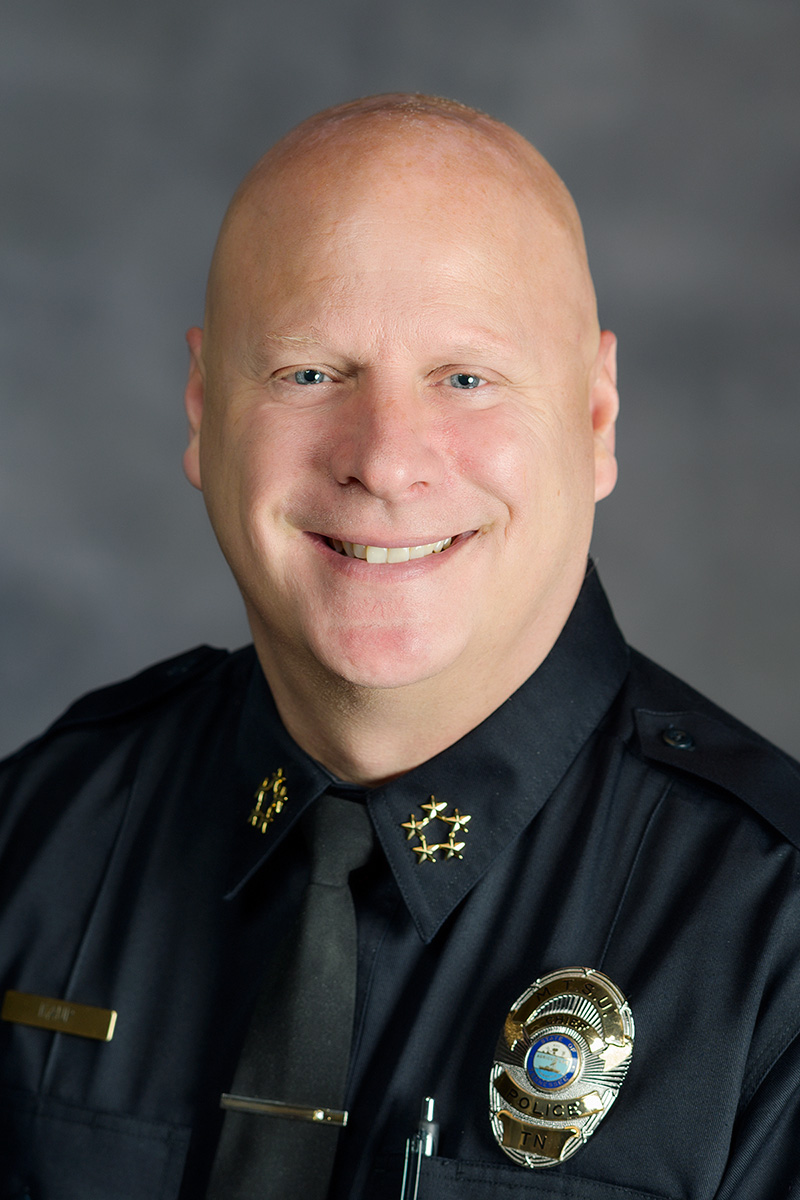 Chief Kaup is a graduate of Nazareth Academy High School in LaGrange Park, Illinois. He’s earned a Bachelor of Science degree in Law Enforcement Administration and Sociology from Western Illinois University and a Master of Science degree in Criminal Justice from Lewis University. He attended the 269th session of the Federal Bureau of Investigation National Academy, an internationally recognized leadership development program in Quantico, Virginia.

Chief Kaup began his law enforcement career in 1993 as a sworn probation officer assigned to the Home Confinement Unit for the Cook County Adult Probation Department.

Chief Kaup began his 27-year career with the Chicago Police Department as a probationary police officer in 1995. After an intensive six-month police academy, he began working in a police district on the north side of the city. As a patrolman, Chief Kaup held various assignments including beat officer, rapid response officer, bicycle patrol officer, and tactical team officer.

In 2000 he was promoted to detective, where he worked as a violent crime detective on the south side of the city. He was subsequently promoted to sergeant in 2003 and served on the north and south sides of the city in patrol and the south and west sides as a sergeant assigned to the Homicide Unit in the Detective Division. He was promoted to lieutenant in 2010 and assigned to the west side of the city as a watch commander. He occasionally served as an adjunct instructor at the police academy teaching classes to newly promoted sergeants and lieutenants.

Chief Kaup has held commanding officer positions as the C/O of Investigations for the Internal Affairs Division and the C/O of Policy and Procedure for the Research and Development Division. During his tenure in policy development, he helped lead the Chicago Police Department through several major reorganizations, consent decree formulation, and CALEA accreditation. He has testified as an expert witness on use of force, emergency vehicle operations, and search warrant formulation and execution.

In 2018 he was promoted to captain and led several police districts as the executive officer or acting commander. He also served as the president of the Chicago Police Captain’s Association.

Chief Kaup is and has been a member of numerous professional law enforcement organizations, including serving as a member of an emerging issues committee for the Major Cities Chiefs Association.

Chief Kaup has been married for 21 years to his wife, Kimberly, a school speech language pathologist, and is a proud parent of their two children, Madison and Christopher.