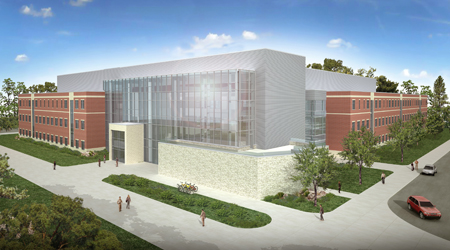 The University received some very good news from Governor Bill Haslam when he announced that our long-awaited and much-needed Science Building project was included in his 2012-2013 Budget Proposal. I was honored to be on the House floor at the Capitol as the invited guest of Representative Joe Carr (48th District)  for the governor’s State of the State address. And I personally witnessed the positive response that  came from legislators -- led by our own local senators and representatives – when the governor voiced his support for the building.

We are grateful to the governor for recognizing the importance of the Science Building and including a recommendation for $126.7 million in his budget for its construction. The next step is for the legislature to deliberate and approve the governor’s budget recommendation.  This is typically done at the end of the legislative session, which usually wraps up in late April or early May.  Under the proposed funding plan, the University will be expected to provide $18.75 million toward the project’s cost.  In anticipation of this requirement, we have been working to develop a plan utilizing a combination of local institutional funds, designated student fees and private gift dollars. As home to the state’s largest undergraduate student population, the Science Building is critical to our continuing efforts to provide Tennessee with graduates ready for the 21st century workforce.

We appreciate the governor’s leadership, as well as the encouragement and support we have received from the members of the General Assembly, especially the support of our area delegation – Senators Bill Ketron and Jim Tracy and Representatives Joe Carr, Pat Marsh, Mike Sparks, and Rick Womick.  We also appreciate the support of Representative Charles Michael Sargent , chair of the House Finance, Ways and Means Committee;  Senator Randy McNally, chair of the Senate Finance, Ways and Means Committee; and our local mayors, Murfreesboro City Mayor Tommy Bragg and County Mayor Ernest Burgess.  This funding proposal would not have happened without these individuals.   And we thank the Tennessee Board of Regents and the Tennessee Higher Education Commission for their help in moving this project forward.