Forget all the exotic images of steamy jungles teaming with strange and foreboding creatures. Get over the trendy metaphors of "lungs of the earth," "green Hell," or "biodiversity treasure chest." The 2003 MTSU Ethnographic Field School set out to go beyond all the hype and exoticism associated with the Brazilian Amazon in order to develop a deeper understanding of what life is really like for the millions of small scale farmers and extractors (known as riberinhos ) who have lived in the region for centuries. During the months of July and August the six field school participants stayed in small town of Gurupá, Pará, residing with families, participating in local events and activities, and conducting their own personal research projects. 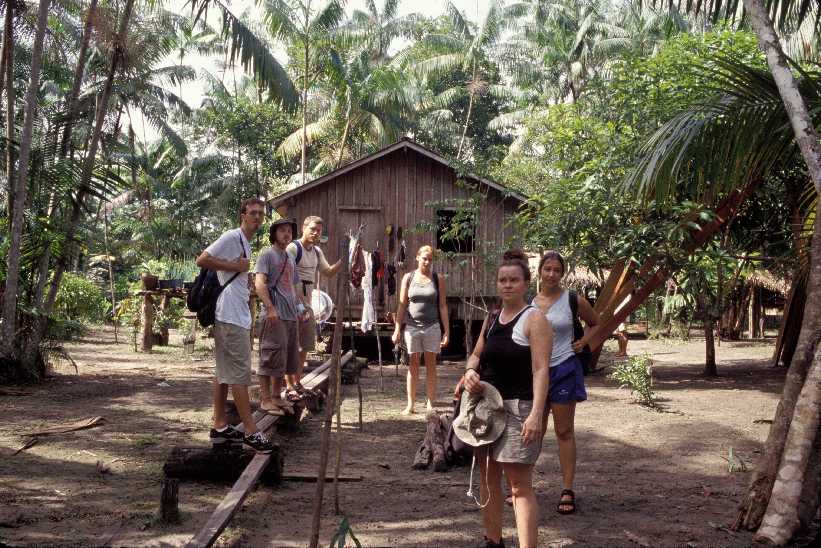 Preparation for the trip began the year before. Each student was asked to take a year of Portuguese and enroll in a seminar on the Brazilian Amazon. As the students developed their language skills, they also worked on designing specific projects to conduct while in the field. The projects included studying women's public roles in the rural community, understanding the present and future trajectory of Liberation Theology, observing child labor practices, surveying popular music, researching local perceptions on birth control, and documenting the community and field school on video.

In early July the field school commenced in the city of Belém. After procuring needed supplies (hammocks, mosquito nets) and purchasing river boat tickets for the trip to Gurupá, the group paid a visit to FASE ( Federação de Órgãos de Assistência Social e Educacional or Federation of Social and Educational Assistance Entities), an NGO working on a variety of sustainable development projects in Gurupá and surrounding areas. FASE personnel had graciously offered to aid in the logistics of the field school, particularly in finding homestays for the students as well as arranging overnight excursions to several hamlets in the interior (countryside) of Gurupá. The field school would not have been possible without the aid of FASE.

On the third day of the trip the field school boarded the river boat and began the trip upriver. Thirty hours later the group arrived, disembarking well passed midnight into the dark and quiet town. Walking to their homestays through the rows of tightly packed wooden houses, shutters securely closed to keep the evening coolness and insect life out, with an immense array of stars shimmering above, several students later noted in their journals that they felt as if they had entered a surreal world, a scene out of some foreign movie, a dizzying experience hard to define or describe.

The reality check came the next morning as the students awoke to a bustling town of 7,000 people, up at sun rise to engage in their daily routines. New sights, new faces, new smells, new sounds, and the complete inundation with the Portuguese language brought on rushes of exhilaration and crisis for each participant. But this is why they came in the first place.

During the next few weeks the group settled into a routine of classroom instruction, active participation in local life, and experimentation with a variety of ethnographic methods. Through open-ended observation, structured observation, open-ended interviewing, and semi-structured interviewing the students endeavored to understand the culture and pursue their research projects. They learned valuable lessons on the meaning of kinship clusters, social networks, and visitation patterns. They heard from members of the rural workers union about their struggles for land and their efforts at sustainable forestry and agriculture. They visited a innovative school set up to teach sustainable management of the Amazon floodplain (várzea). They heard about the Church's fight for human rights and community organization. 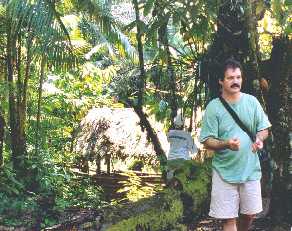 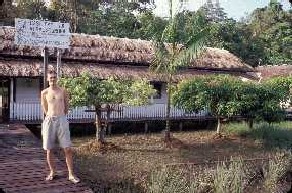 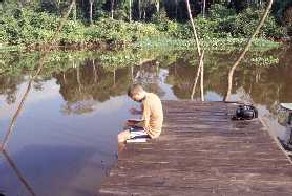 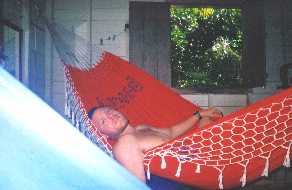 Participation in the local culture meant the students got to try new foods like tacacá, tucupí, açaí, beiju; taste new fruits, fruit juices, or ice creams like jambo, cupuaçu, cajá, guaraná, graviola, maracujá; eat many varieties of fish, turtle, and the occasional wild game; and learn to fill up on the staples of rice, beans, and manioc. While traveling in the interior they visited slash-and-burn agricultural plots and learned about the process of making farinha, tucupí, and tapioca - all from manioc. They learned about the conflict over cutting down palm trees for heart of palm versus leaving the trees standing to harvest açaí. They saw first hand the effects of deforestation and degraded cattle pasture.

Not every experience was hard-nose ethnographic research. The participants also got to experience the local night life. They attended music festivals and learned to dance brega and forro late into the cool night. They swam in the Amazon River and the cool clear feeder streams. They played soccer with the youth in the interior. They became amateur entomologists, trying to identify the endless species of insect (and occasional tarantula) they encountered in the forest and in the home. They heard local stories of the strange and supernatural - dolphins that transform into beautiful men and women, giant snakes that swim the river at night with glowing eyes, and small dark creatures with their feet turn backwards that lurk in the forest at night. 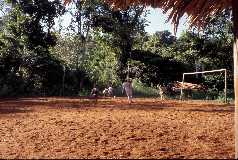 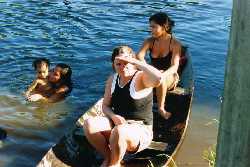 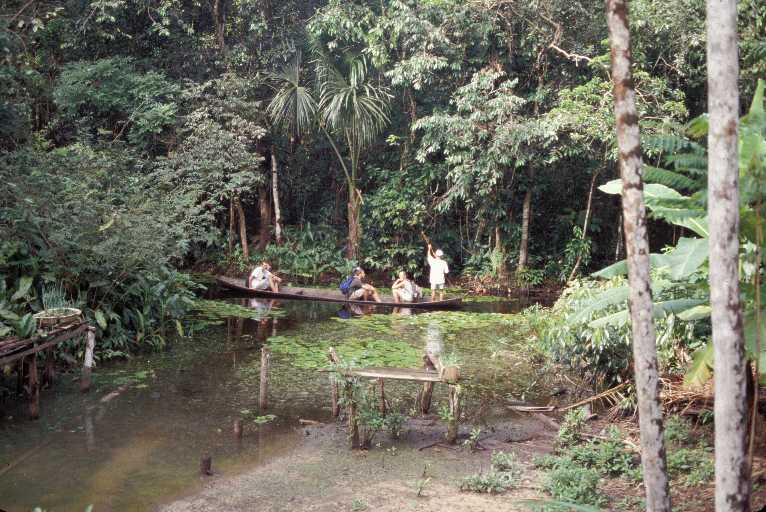 At the end of the field school each student had complied a journal of her or his experience and had written many pages of field notes on everything from the research setting, environment, economics, kinship, politics, to religion. After a short trip to Rio de Janeiro (to see how other groups of Brazilians live) they returned home to write up the final research paper while readjusting to the familiar comforts of home. Several students spoke of reverse cultural shock upon their return and how they reminisced about the adventures, challenges, and pleasures of life back in Gurupá. 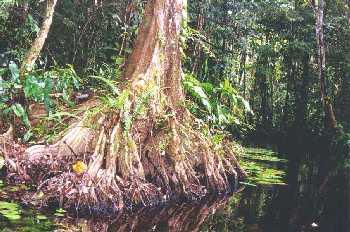 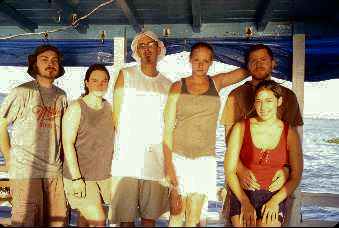