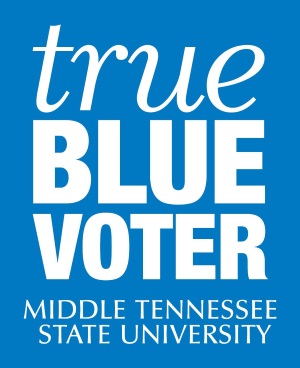 Middle Tennessee State University is a community committed to learning, growth, and service. We hold these values dear, and there’s a simple phrase that conveys them: “I am True Blue.” New students at convocation take the True Blue Pledge. It underscores our core values of:

These words express not only the ideals the University wishes to share with its students but also our devotion to student success.

This True Blue Voter initiative reinforces our Engagement in the Community core value. Active involvement and personal investment in the classroom and throughout the community are hallmarks of an engaged citizen, as is active citizenry through participation in the electoral process. Engaged citizens during college are more likely to carry their civic mindedness forward as they move into their careers and future home communities, becoming engaged citizens for the rest of their lives. True Blue Voter supports MTSU’s emphasis on the three pillars of higher education: college completion, career preparation, and citizenship.

Voting is a core activity of citizenship, and MTSU’s commitment to implement True Blue Voter underscores our University’s strong commitment to student civic engagement as a building block for Engagement in the Community, both in our campus community and in our students’ wider civic communities.

Absentee voting is a voting method that involves voting on a day earlier than the actual election day. Tennessee has two forms of absentee voting:

The True Blue Voter initiative educates students on the advantage of by-mail voting. State law says this is possible for those who will be outside the county of registration during the early voting period and all day on election day. The law specifically benefits students who are enrolled as a full-time student in an accredited college or university outside the county of registration (spouses of said students are also eligible). 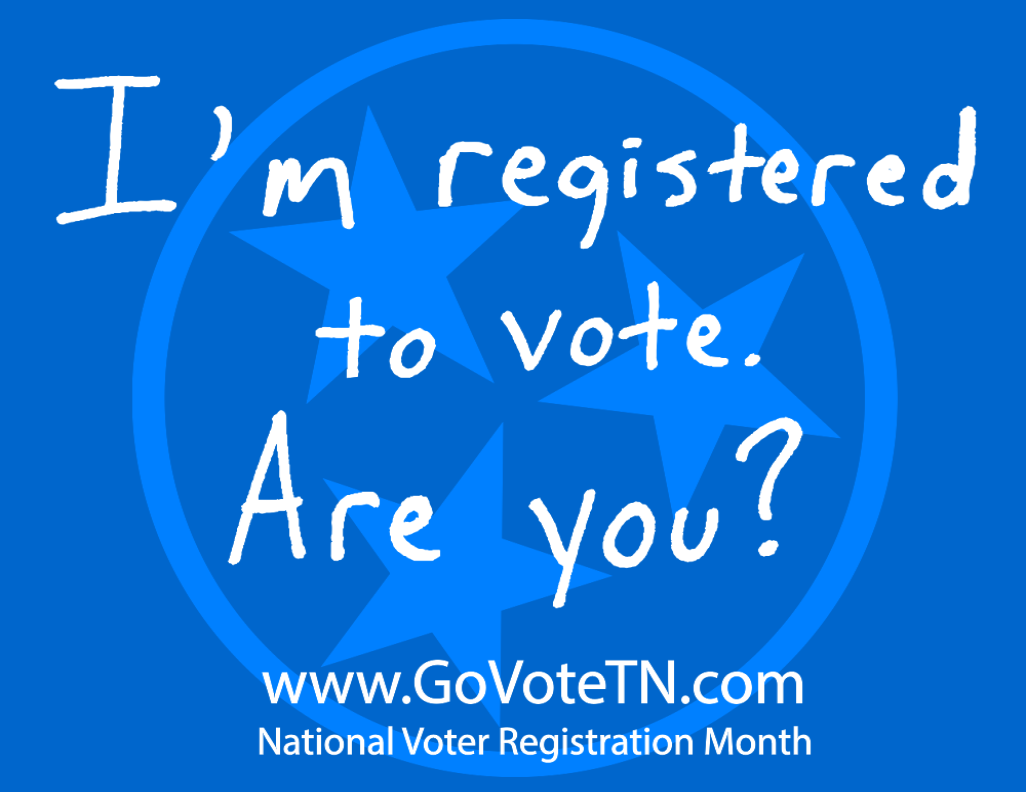 Through coordinated exposure and participation in CUSTOMS, the series of freshman and new-student orientation sessions, representatives of the Rutherford County Election Commission, assisted by University volunteers will assist incoming students in online voter registration. Other events will be established during the first two weeks of classes, as part of the American Democracy Projects efforts before Constitution Day (usually on or about Sept. 17).

Appropriate marketing materials and computer resources will be deployed to allow for speedy and proper registration of incoming students to voter rolls – in their home counties, or in Rutherford County. We will tie these efforts to our True Blue community values, with special emphasis on Engagement in the Community.

Students already registered to vote will be guided at CUSTOMS and other kiosks in submitting a written request containing the information below to their local county election commission office. This must be done by the seventh day before Election Day.