Government use of social media 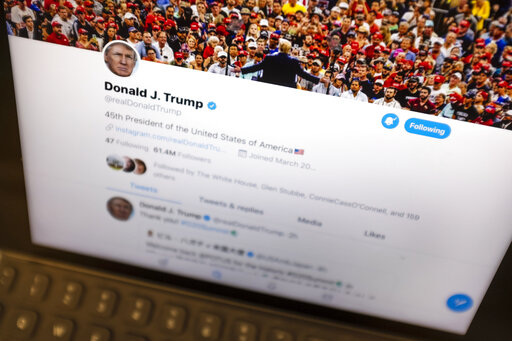 This June 27, 2019, file photo President Donald Trump's Twitter feed is photographed on an Apple iPad in New York. The 2nd Circuit Court of Appeals said the president violated the First Amendment when he blocked people from his twitter account, because the section of the site that is interactive had become a public forum. As a public forum, the government cannot engage in viewpoint discrimination.  (AP Photo/J. David Ake, used with permission from The Associated Press.)

Once government creates a public forum on social media, it can't censor expressions

However, once the government creates a forum that allows persons to comment and criticize, the government runs into First Amendment hurdles if it tries to censor those expressions.

Free-speech scholar and government-speech expert Helen Norton explains in her book The Government’s Speech and the Constitution: “But once the government chooses a platform that permits public comment, it has created a type of forum for nongovernmental parties’ speech, and it is now bound by traditional First Amendment principles when regulating the speech of the commenters on the problem.” (55).

For example, the 2nd U.S. Circuit Court of Appeals ruled in Knight First Amendment Institute v. Trump (2019), that President Trump violated the First Amendment by removing from the “interactive space” of his Twitter account several individuals who were very critical of him and his governmental policies.    The appeals court agreed with a lower court that the interactive space associated with Trump’s Twitter account “@realDonaldTrump” is a designated public forum and that blocking individuals because of their political expression constitutes viewpoint discrimination.

“By blocking the individual Plaintiffs and preventing them from viewing, retweeting, replying to, and liking his tweets, the President excluded the Individual Plaintiffs from a public forum, something the First Amendment prohibits,” the panel wrote.

The 4th U.S. Circuit Court of Appeals reached a similar result in Davison v. Randall (2019).  In this case, Phyllis Randall, Chair of the Loudon County Board of Trustees removed one of her constituents Brian Davison from her Facebook page.   The Facebook page was her political page, one that she used to impart political messages.    Like President Trump on Twitter, Randall had a public comment section on her Facebook page and invited public discourse.  However, when Davison began posting about alleged municipal corruption, he was blocked.

The 4th Circuit determined that “Randall’s ban of Davison amounted to viewpoint discrimination” violative of the First Amendment. “Put simply, Randall unconstitutionally sought to suppress Davison’s opinion that there was corruption on the School Board,” the 4th Circuit panel wrote.

The 2nd and 4th Circuit decisions establish that when a government official opens up a social media account for public comment, the section of the site that is interactive is a designated public forum.  As such, the First Amendment prohibits government officials from engaging in viewpoint discrimination.