First Amendment not at heart of impeachment trial 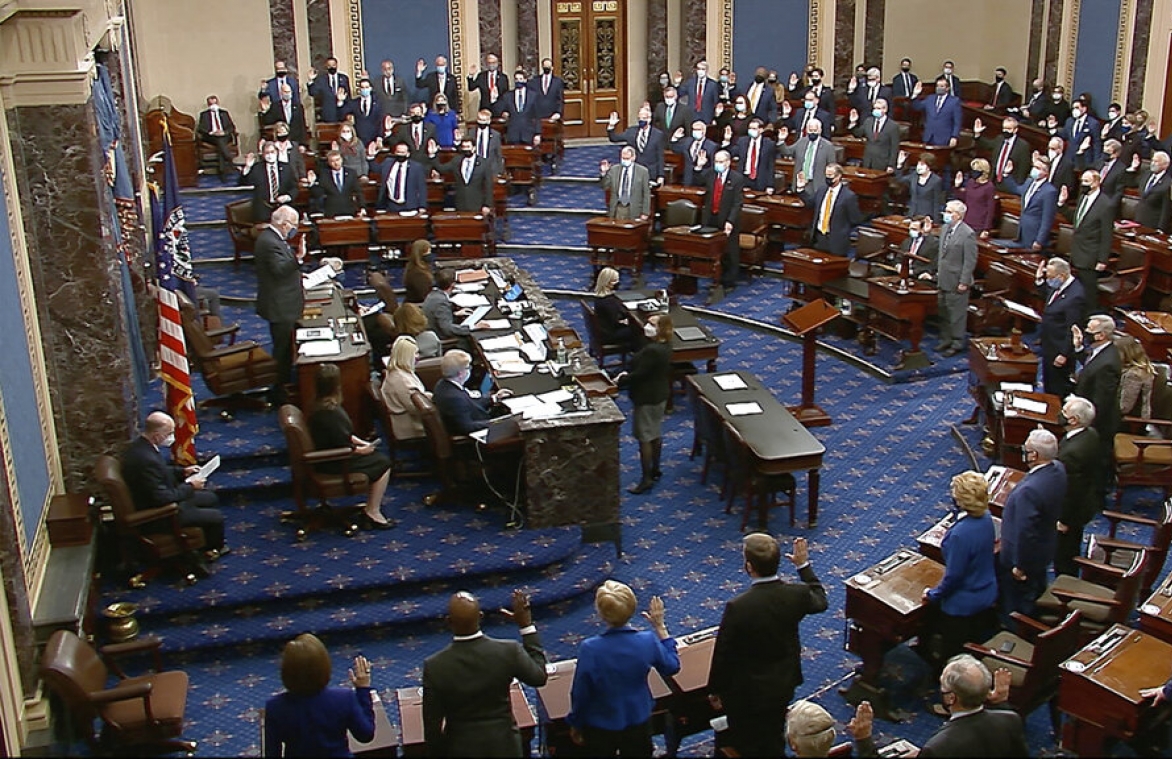 His defense team contends that Trump is being prosecuted for expressing his constitutionally protected view that “the election results were suspect.” His lawyers argue that no one really knows whether the election was fair, so their client can’t be accused of lying.

“Insufficient evidence exists upon which a reasonable jurist could conclude that the 45th president's statements were accurate or not, and he therefore denies they were false,” the defense brief states.

It's true that presidents — like all Americans — have the right to comment on the integrity of an election. It's also true that speech about political matters has the highest possible degree of protection under the First Amendment.

On the other hand, the First Amendment does not protect all speech, particularly if it constitutes a crime. There are many ways to violate the law using words. That would include fraud, conspiracy and incitement.

The prosecution brief has its own take on the First Amendment, contending that it doesn’t apply “at all” in an impeachment trial. The brief argues that Trump’s “incitement of deadly violence” was an attack on free speech and that “holding him accountable through conviction on the article of impeachment would vindicate First Amendment freedoms.”

In a nutshell, the defense is arguing that Trump was just exercising his free speech, and the prosecution sees that speech as an element of a broader pattern of presidential misconduct.

There’s a twist in this because Garcetti v. Ceballos, a 2006 U.S. Supreme Court decision, found that government employees have less free speech when they’re speaking in the course of their duties. The theory focuses on the individual’s status as an employee, giving the government the right to discipline or fire an employee for his or her remarks, just as a private employer could. This typically comes into play when a government official says things that undercut or contradict government policy. For example, the head of a county health department could be fired for saying that Covid-19 is a hoax. It raises the question of whether a president can be “fired” for saying that the election was a hoax and that he’s still the rightful president.

References to the First Amendment can make for lofty arguments, but it’s not at the heart of this impeachment. President Trump — armed with a Twitter account — was a master of free speech. The question now is whether he engaged in speech and conduct that collectively violated his oath of office.