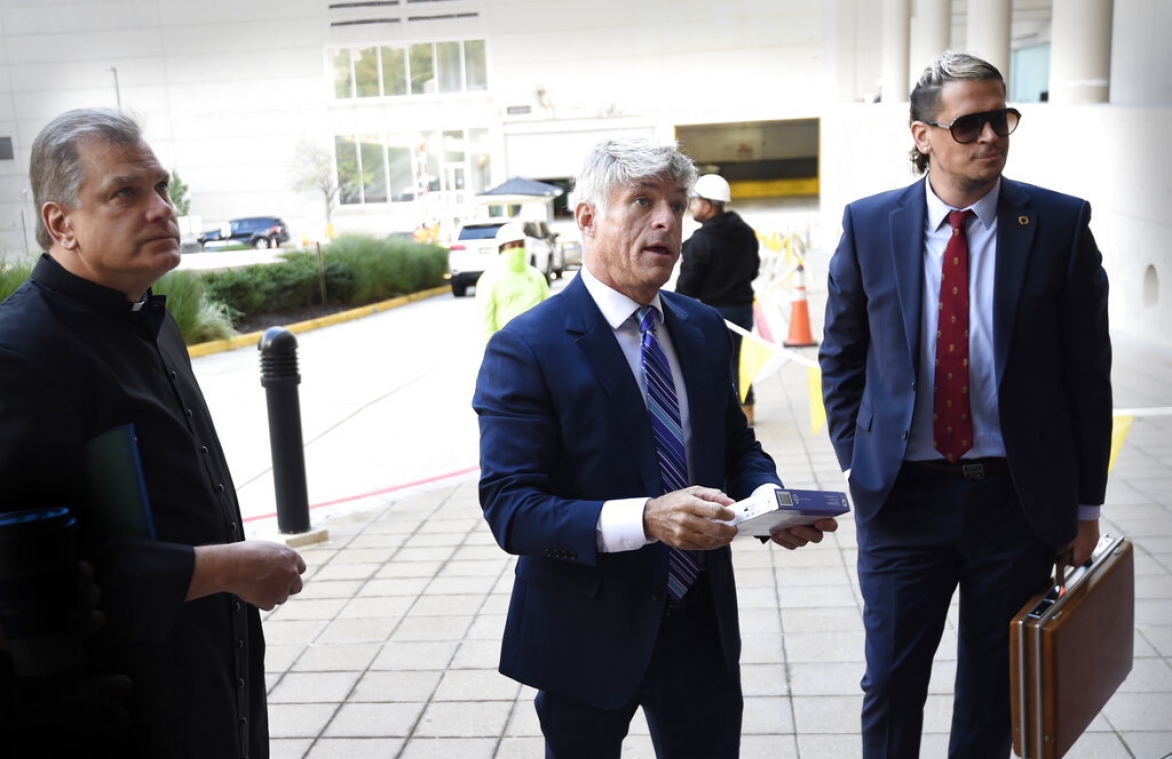 Baltimore city officials can't ban a conservative Roman Catholic media outlet from holding a prayer rally at a city-owned pavilion during a U.S. bishops' meeting next month, a federal judge has ruled, saying the First Amendment right to free speech is "at the heart of this case."

U.S. District Judge Ellen Hollander ruled late Oct. 12 that St. Michael's Media Inc., also known as Church Militant, is likely to succeed on its claims that the city discriminated against it on the basis of its political views and violated its First Amendment free-speech rights.

The judge's order says city officials can't prohibit the pavilion's manager from contracting with Michigan-based St. Michael's Media to use the venue for a rally and conference it plans to hold on Nov. 16.

But the judge refused to set any court-ordered contractual terms for a rally. Hollander's order said she "anticipates good-faith negotiations, but expresses no opinion on the terms of a contract."

The waterfront pavilion is across from a hotel where the U.S. Conference of Catholic Bishops is scheduled to hold its national meeting Nov. 15 to Nov. 18. St. Michael's said it deliberately picked the date and location for its rally to coincide with the bishops' meeting. The group also said it held a peaceful, city-permitted rally at the same site during the bishops' national meeting in 2018.

The city says the gathering poses a threat to public safety, claiming the fringe group cheered on rioters who stormed the U.S. Capitol in January. The city also said Yiannopoulos' speaking engagements attract counterprotesters and have led to violence and property damage, while Bannon "regularly calls for violence against government officials."

But the judge said the city "has presented somewhat shifting justifications for its actions, with little evidence to show that the decision was premised on these justifications."

Two attorneys for the city didn't immediately respond to an email seeking comment on the judge's 86-page decision.

In a court filing, the city says it instructed the contractor that manages the pavilion to cancel the event "out of a legitimate fear that it would incite violence in the heart of downtown Baltimore."

"And for a city like Baltimore, with a police department already stretched thin with a well-documented police officer shortage, the decision to cancel an event featuring a speaker who invites additional demonstrators, counter demonstrators, expenses, and potential violence is more than reasonable," city attorneys wrote, referring to Yiannopoulos.