Each year, the Holocaust Studies Program sponsors a Holocaust Education Day for local area high school teachers, free of charge, on the MTSU campus. Events include talks by teachers, community leaders, and survivors as well as multi-media presentations, such as workshops, virtual tours, or film screenings and discussions. Teachers who attend are provided with educational materials. This free annual Education Day open to the entire MTSU community and the public. It is co-sponsored by the College of Education, the Tennessee Holocaust Commission, and other groups and departments on and off campus that vary by year.

LEARNING FROM THE HOLOCAUST: Resources and Strategies for American Teachers, MTSU Students, and Community Residents 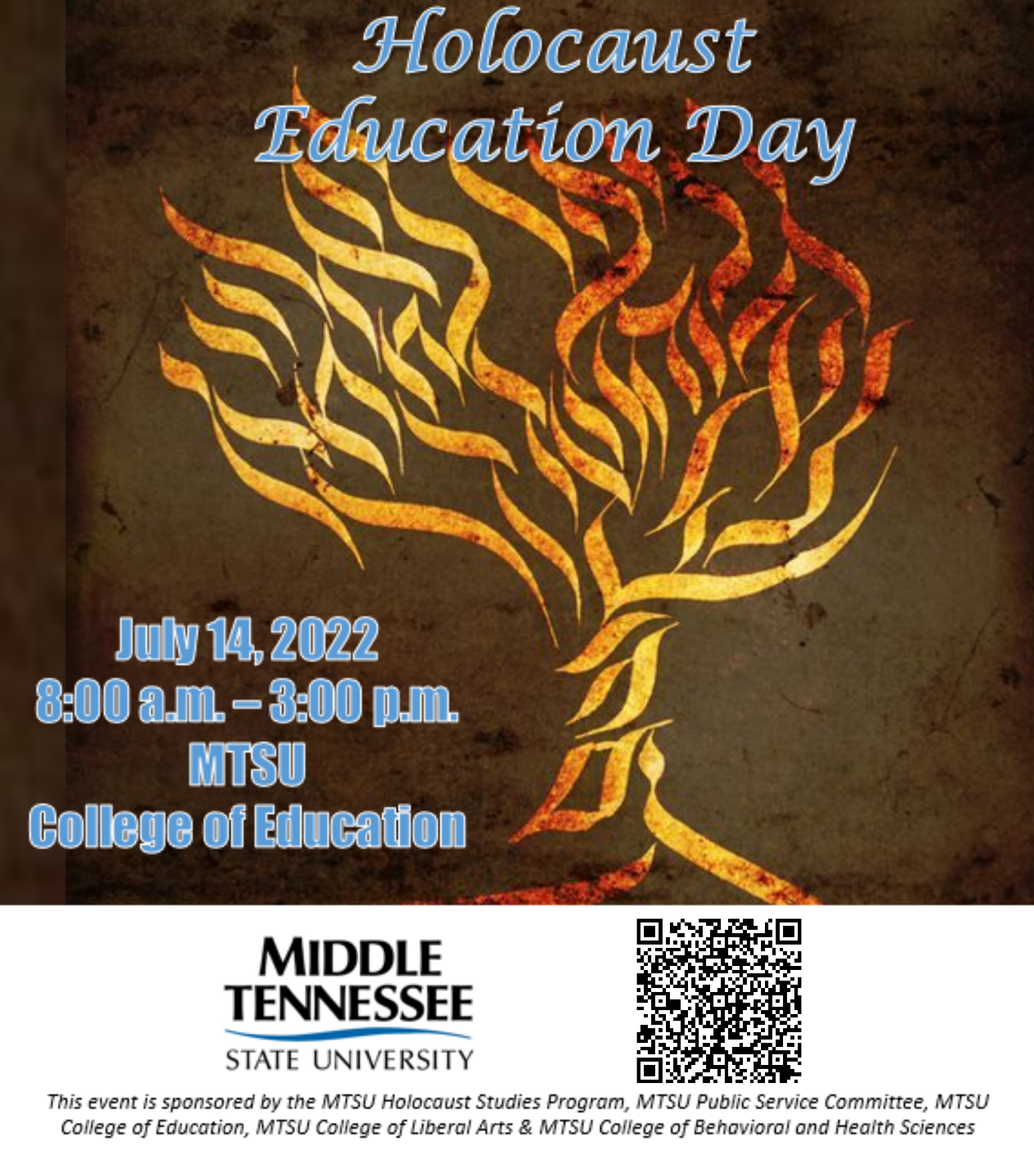 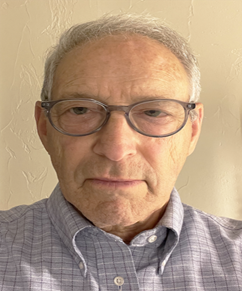 Jeff Gernsheimer will share his family’s history, during and after the Holocaust. His mother, Hilde Simon Gernsheimer, last saw her father on Kristallnacht. She and another sister escaped from Germany on the first Kindertransport to England. Hilde's parents and two sisters were on the 1939 German ocean liner, the MS St. Louis that was denied entry into Cuba, the United States, and Canada. The journey later became known in a novel and movie as The Voyage of the Damned. Hilde and two of her sisters came to the America during the war. Her mother, father, and little sister were murdered in Sobibor, Poland on May 21, 1943. 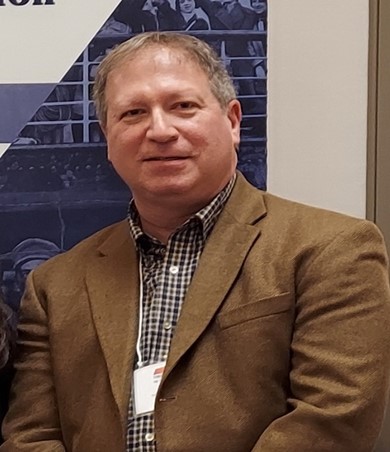 Ken Gluck is the Education Coordinator for the Tennessee Holocaust Commission, an agency created in 1984 by the Tennessee state legislature to educate Tennesseans about the history of the Holocaust. Ken moved to middle Tennessee 16 years ago with his wife and two small children and taught History for 11 years for the Wilson County Board of Education. He is the son of Hungarian-Jewish Holocaust survivor, Armin Gluck. Ken's father was one of nine children born in Hungary. Seven were still alive when Hitler took over, and six survived the Holocaust. In addition to telling his father’s story, Mr. Gluck will share the Living On exhibit from the TN Holocaust Commission. 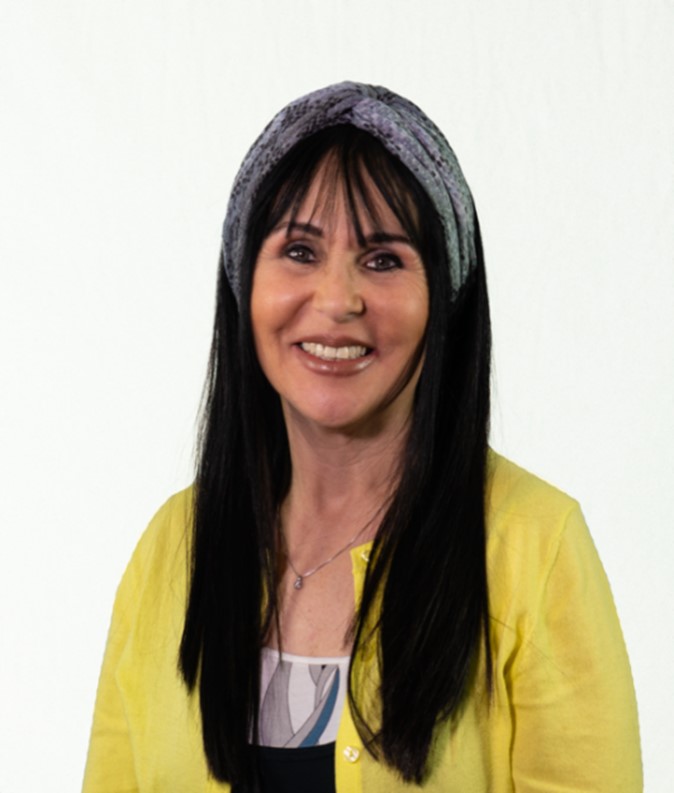 Sara Granitza is the director of Christian Friends of Yad Vashem, the International Holocaust Museum in Jerusalem, Israel. She will give a virtual talk, entitled "Introduction to Yad Vashem and its Three Major Pillars." In addition, she will facilitate collaborative group discussions of how to include materials from Yad Vashem in classrooms and for community use. 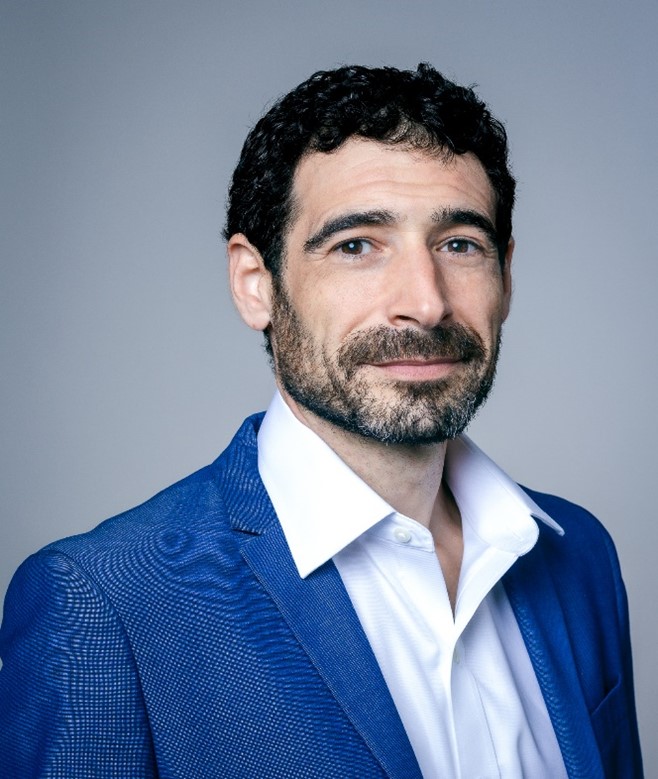 Dr. David Deutsch is the head of the Asia, Africa and New Zealand Section of Yad Vashem. He will provide a virtual tour of Yad Vashem, including digital resources that classroom teachers and community members may access and use to teach others about the Holocaust. Dr. Deutsch explains, "The tour provides an insight into the history of the Holocaust along with a strong focus on the individual stories and experiences of the Jewish victims. The Museum tour begins with Jewish life before the war and ends by addressing the issue of Holocaust representation and the preservation of memory."

Dr. Noa Mkayton was born in Munich, Germany. She studied German Literature and Music. She taught at a high school in Munich and accomplished her Ph.D. Thesis on the creativity of children and youth during the Holocaust. She has lived in Israel since 1999. For many years, she headed the German Language Section in the European Department of Yad Vashem's International School for Holocaust Studies.

Today she is Director of the International Education and Training Department, which conducts seminars for educators from all over the world and encourages the creation of professional networks. In addition, the Department develops interdisciplinary study material for teachers and students alike in approximately eighteen European languages. Dr. Mkayton will speak virtually at MTSU on July 14, 2022 on Yad Vashem Educational Concepts.