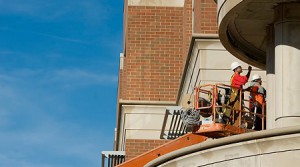 In September, Gov. Bill Haslam asked the Tennessee Higher Education Commission (THEC) to request that the Tennessee Board of Regents and University of Tennessee systems conduct a review of their priority lists of existing capital outlay and maintenance projects. This request by the governor was made to ensure that the projects were consistent with the goals of the Complete College Tennessee Act (CCTA), which was passed by the General Assembly and signed into law in January 2010.

I am pleased to report that after these assessments, our proposed Science Building remains MTSU’s number one capital outlay funding request; the number one request of the TBR system; and THEC’s top recommended capital outlay project.

The THEC Five-Year Capital Projects Plan includes an institutional matching component for capital outlay projects applicable to the first $75 million of a project. Matching funds can come from private gifts, grants, insti- tutional matching funds, student fees, and other sources. THEC intends for UT and TBR to have flexibility to craft specific parameters of the matching component. For universities, including MTSU, the match is 25 percent. So, with the MTSU Science Building project at $126.6 million and the match being 25 percent of the first $75 million, the match for MTSU will be $18.75 million. We are working diligently on a plan to have the matching funds if state funding is provided.

We are hopeful that funding for the Science Building will be included in the governor’s proposed budget and funding will come from the General Assembly.