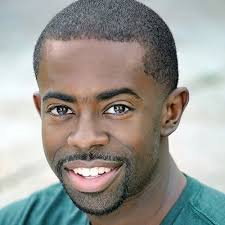 Justin Nelson [link to bio] is making a name for himself in the world of entertainment.  If you haven’t heard of him yet, just wait.  You will.  A native of Memphis, and a graduate of MTSU’s Vocal/General Music Education program, Justin has been living in New York City for the past few years, working hard to be at the right place at the right time in order to show off his dancing, singing, and acting talents for the right people.  He recently finished performing the role of the Mayor of Emerald City with a national tour of The Wizard of Oz and is currently pursuing a career in musical theater, film, television, and modeling, signing recently with a talent agency in New York and currently listed in their Theatrical Department.

Coming out of high school, Justin’s dream job was to become a high school choral conductor, hoping eventually to open a performing arts academy.   “I wanted to teach, but I also wanted to get involved in the administration of such an academy.”  But once he began his studies at MTSU he found himself being drawn toward musical theater.  He became involved in a couple of musical theater productions at MTSU and found the experience “very rewarding and satisfying.”  So, for the time being it seems Justin is going to continue on with his performing career, and the performing arts academy is going to have to wait.  But the professional performing experience he has acquired since graduation will come in handy when he opens his academy. As he puts it, “it will help me be better able to assist students in preparing for a career in the performing arts.”